Mexico’s highest federal court intervened Wednesday to block a Mexico City court’s decision that ordered prominent writer and academic Sergio Aguayo Quezada to pay US$530,000 in damages to a high-ranking Mexican politician he accused of corruption in a newspaper article. 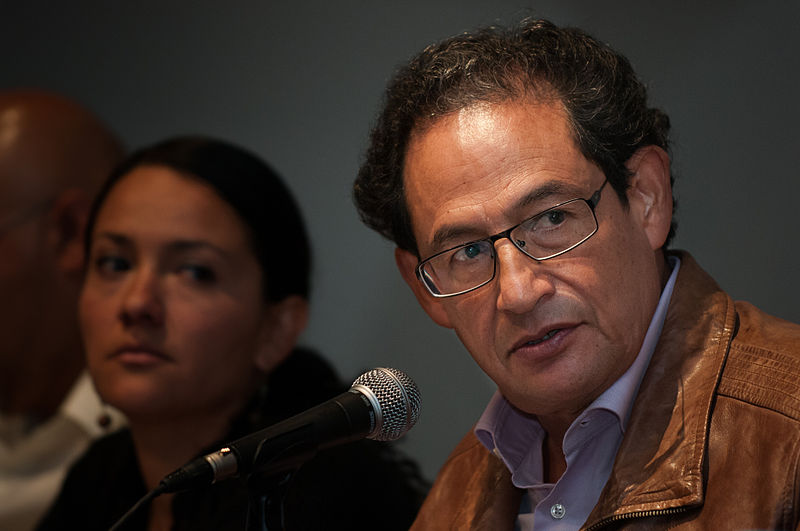 Sergio Aguayo Quezada (Photo: Eneas De Troya, CC BY 2.0)The Suprema Corte de Justicia de la Nación (SCJN) will examine the lower court ruling after Justice Alfredo Gutierrez argued that the case should be rescinded. The SCJN has a history of defending press freedoms in cases that fit this profile, El Pais, the Spanish newspaper, reported.

Aguayo is not exempt from having to ultimately pay the fine, and will likely have to wait at least a year for a final verdict.

On Tuesday he was ordered to pay Humberto Moreira, the former governor of Coahuila who also briefly served as president of Mexico’s Institutional Revolutionary Party (PRI), for “moral damages” related to an article Aguayo had published in the Mexican daily newspaper Reforma in 2016.

In the article that prompted the lawsuit, Mr. Aguayo described Moreira as “a politician that released the stench of corruption.” It was published five days after Moriera had been arrested by authorities in Spain for alleged participation in a money laundering operation. He was later released due to lack of evidence.

Moriera has faced other allegations of severely mishandeling his state’s finances when serving as governor, of accepting bribes, and of having ties to the Los Zetas drug cartel.

Forbes magazine ranked Moriera as one of the top 10 corrupt Mexican officials in 2013, but he maintained his innocence against all allegations and vowed to return to politics in a statement made in April of 2016.

Aguayo has faced a series of victories and travails from the lawsuit Moriera has pressed. He had previously been cleared of any wrongdoing in the case before a Mexico City court reversed the decision in early October..

Several international organizations, including the UN, the OAS, and the Inter-American Commission on Human Rights had voiced their rejection to the ruling on Tuesday, according to El Pais.

Jan-Albert Hootsen, the Mexico representative of the Committee to Protect Journalists, which has been called “journalism’s Red Cross”, said that the ruling set a dangerous precedent in Mexico “where journalists are increasingly targeted by powerful politicians in multimillion peso lawsuits aimed at silencing critical voices.”

“Mexico should urgently revise its libel laws and prevent them from being used to intimidate journalists and commentators.” He stated.

Aguero expressed relief on Twitter about the development in his case and thanked those who had provided solidarity and support.

“The Supreme Court [SCJN] saved me from the power of the judicial system in Mexico’s capital, which has persecuted me greatly. I trust them.”