A Chinese court sentenced the former head of Interpol, Meng Hongwei, to 13 and a half years in prison for taking bribes while serving in China as a public security official and maritime police chief, the Guardian reported on Tuesday. 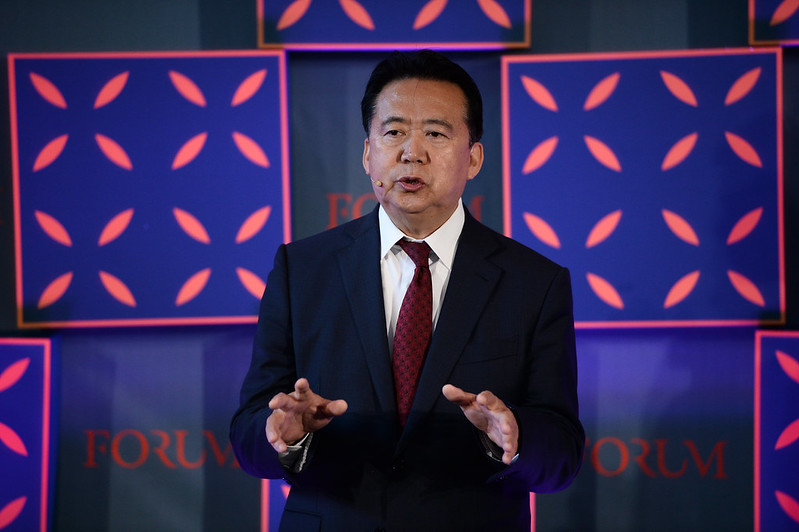 Meng was sentenced for 13 and a half years. (Photo by Diarmuid Greene/Web Summit via Sportsfile)Meng, 66, served since 2016 as president of the international police, Interpol, which is based in France. He suddenly disappeared last year during a trip to China. He was missing for days when his wife Grace received a knife emoji in a whatsapp message from him, that said “wait for my call!”

After Interpol formally requested information about Meng, Beijing announced the official was expelled from the Communist Party and arrested for bribery.

Grace Meng, who was granted asylum in France, claims the charges against her husband were politically motivated. She sued Interpol for being complicit in China's moves against Meng. Her lawyers submitted a claim to the Permanent Court of Arbitration in The Hague in April last year.

Meanwhile, Meng pleaded guilty and the Tianjin No 1 Intermediate People’s Court sentenced him for “using his status and position to seek improper benefits.” He was also fined two million yuan (US$290,000).

Meng accepted the verdict and said he won't appeal, according to South China Morning Post.

It is believed that the trial was part of President Xi Jinping’s anti-corruption campaign but critics say Xi is using the campaign to remove political opponents.