Philippines: Ex-Police Chief to be Charged with Graft

The Philippine Justice Department said on Thursday it will charge the former chief police enforcer of the country’s war on drugs with corruption for allegedly protecting officers linked to the narcotics trade, the Agence France Presse reported. 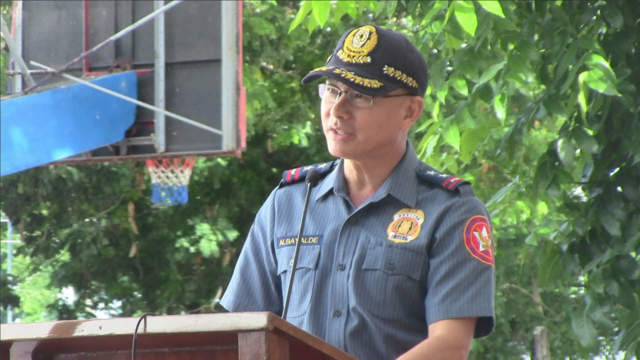 Oscar Albayalde, Duterte's ex-police chief. (Photo: Oscar Albayalde (CC BY-SA 4.0))Prosecutors, as the Justice Department reportedly said, found “probable cause” to charge Oscar Albayalde for not sanctioning officers accused of failing to account for 163 kilograms of drugs and 9.7 million pesos (US$191,000) seized during a raid.

If proven guilty, Albayalde could spend up to 10 years behind bars.

Another 13 police officers, as the department announced, will also be charged with drug offences, corruption and taking bribes while working in the country’s northern Pampanga province in 2013.

Albayalde, who resigned in October after the charges against him were announced, welcomed on Friday the news from the Justice Department, saying he will “finally clear his name,” the Rappler news outlet reported.

“Finally, I will have my day in court. My conscience remains clear and I am confident that the truth will bear me out in the end,” Albayalde said.

Before he resigned last year, Albayalde was for a year running the police force in President Rodrigo Duterte’s brutal war on drugs, which human rights groups described as essentially summary executions, as it left thousands of drug suspects dead.

Philippine officials put the number of drug users at 1.8 million. Duterte has allegedly overseen the killing of more than 7,000 and possibly as many as 12,000.

“Hitler massacred three million Jews,” Duterte declared in a disturbing comparison in 2016, adding that there were three million drug addicts and that he would be “happy to slaughter them.”

While Filipinos have been overwhelmingly backing Duterte’s crackdown on drugs, critics say his war actually targets the poor, leaving the rich and powerful protected and a culture of impunity reinforced.