“I would like to ask the defendants: who gave them the right to touch the lives of our children? The defendants also have children — daughters.” 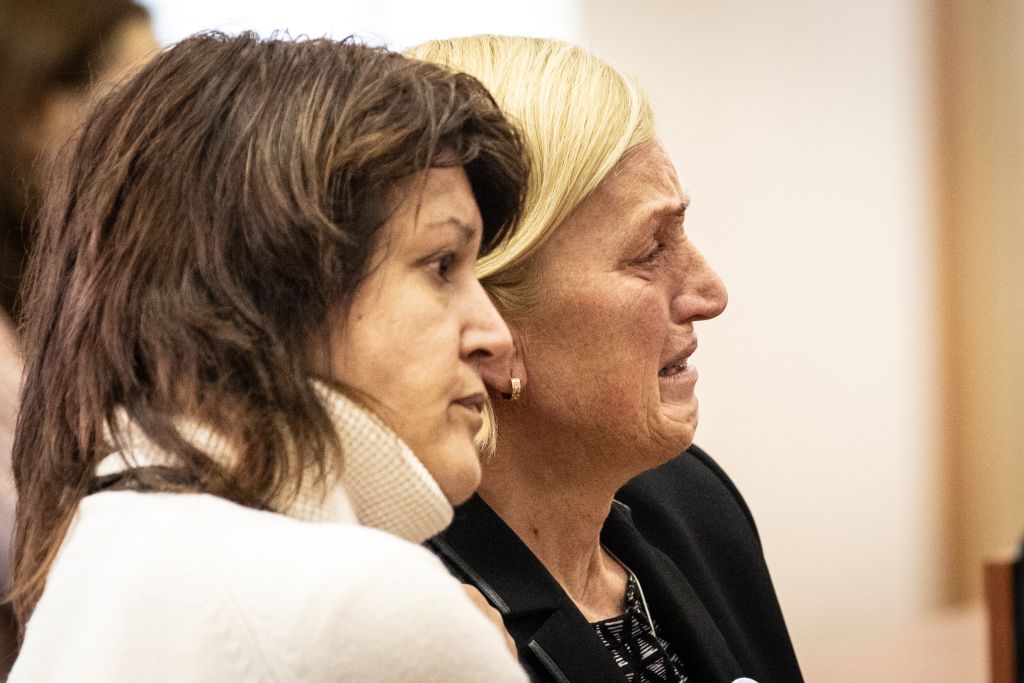 Zlata Kusnirova cries in court during the trial of the accused murderers of her daughter Martina (Source: Branislav Wáclav / Aktuality.sk) So began the impassioned testimony of Zlata Kušnírová, whose daughter Martina was killed two years ago when hired assassins came to murder her fiancé, the investigative journalist Ján Kuciak, at their home in Velka Maca, Slovakia.

Emotional statements from members of the aggrieved parties marked the morning of the second day of a trial that is set to determine the responsibility of four suspects in the killings, which led to significant upheaval in the country.

The afternoon featured the much-anticipated confession of Zoltan Andruskó, whose confession to police last year not only paved the way for the prosecutor’s investigation into the current defendants — prominent businessman Marián Kočner, his close associate Alena Zsuzsová, and the two hired assassins Tomáš Szabó and Miroslav Macek — but also cast more light on the organized crime tactics that led to the shocking murders.

The first day of the trial on Monday was marked by the guilty confession of Miroslav Marček, who described to the court how he killed Kuciak and his fiancée Martina Kušnírová.

Initially, Marček was supposed to kidnap Kuciak, kill him, and hide the body, but it was quickly determined that this plan of action would be impossible. In the end, his cousin, Szabó, drove him to Velka Maca, 60 kilometers south-west of Bratislava, to carry out the murder.

Marček recalls shooting Kuciak as soon as he opened the door, and then noticing Kušnírová. He realized he had no mask on his face and that she would later be able to recognize him.

“It was not possible to just let her go," Marček said in his Monday testimony. “I ran after her to the kitchen and shot her too.”

The news of Jan’s and Martina’s death left their families numb.

“I was paralyzed for three days,” Jan’s father, Jozef Kuciak, almost in a whisper. “I don’t remember anything. There was such a hole in my heart.”

“The first thing we thought was that Mr. Kočner was behind the murder,” he said of the key suspect who sat a few feet away. That sentiment was echoed by other members of the family.

Ján’s younger brother, Jozef Kuciak, recalled in his testimony how Kočner, whose dubious business deals Jan had investigated and written about, had publicly berated Ján at a press conference and how he had called the young journalist, threatening to collect dirt on his entire family.

In a written statement, Kuciak’s mother Jana — who at the time was not aware of the threats Kočner was making against her son — recalled that Ján told her journalists in Slovakia don’t have anything to worry about.

“I asked him if he was afraid,” she said. “He said he was doing this to make Slovakia better.”

It was during Martina’s mother’s testimony that the day’s first confrontation sprung.

"Does the presumption of innocence mean anything to you?" Zsuzsová, one of the charged murderers, asked Kušnírová angrily. "What evidence do you have that I have something to do with the murder?"

“You wouldn't be sitting in court if you didn't have something to do with the killings,” Zlata Kušnírová replied.

"You were with your daughter last night," she continued, raising her voice. "I would like to have had my daughter at home, or in Velka Maca."

“She was my everything,” Kušnírová said shortly after, as tears ran down her cheeks.