The International Weightlifting Federation, IWF, denied on Monday allegations made by German broadcaster ARD a day earlier that some medal-winning athletes had bribed officials to conceal doping or hired doppelgangers who would be tested in their place. 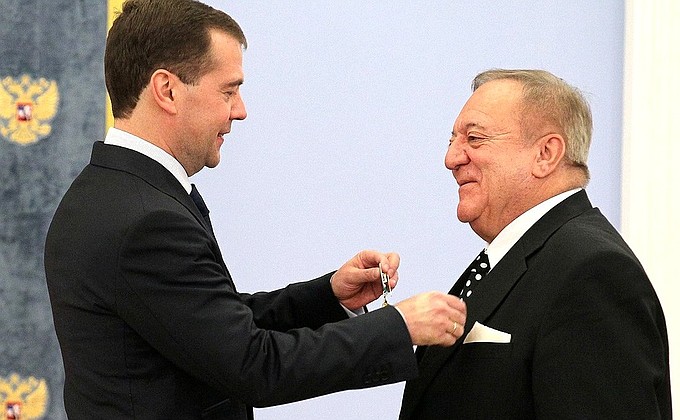 Tamas Ajan recieved the medal from Dmitry Medvedev for promoting sports cooperation. (Credit: kremlin.ru)The ARD claimed that between 2008 and 2018 half of the 450 medallists at Olympic and World Championships were either not tested before competitions or during training or controllers accepted manipulated urine samples in exchange for money.

Some of the athletes were as young as 13 when their mentors started encouraging them to dope. A number of them later developed various diseases or died prematurely.

ARD also said it had obtained documents proving that at least US$5 million in funding from the International Olympic Committee (IOC) ended up in two Swiss accounts controlled by the President of the International Weightlifting Federation, Tamas Ajan.

The IWF expressed “shock and dismay” at the ARD allegations and said the documentary contained many “insinuations, unfounded accusations and distorted information.”

The IOC stated the accusations were “very serious and worrying” and asked the German broadcaster to share evidence of alleged doping cover-ups and financial irregularities.

ARD undercover reporters secretly recorded Thai weightlifter Siripuch Gulnoi saying that she doped when she won her bronze medal at the 2012 London Olympic Games. The young athlete said that the people who gave her the drugs didn’t care about her well-being and health, adding that the substances gave her a masculine jaw and a moustache.

According to Mark Pieth, a professor of criminal law at the University of Basel the ARD hired to review the evidence, the documentary shows false certification, unfaithful business management and embezzlement - all crimes public prosecutors should pursue without notification.