Authorities in Dhaka have made a Sweden-based investigative journalism website inaccessible in Bangladesh soon after the outlet published a report alleging that one of the country’s most influential ministers was corrupt, Al Jazeera reported Thursday. 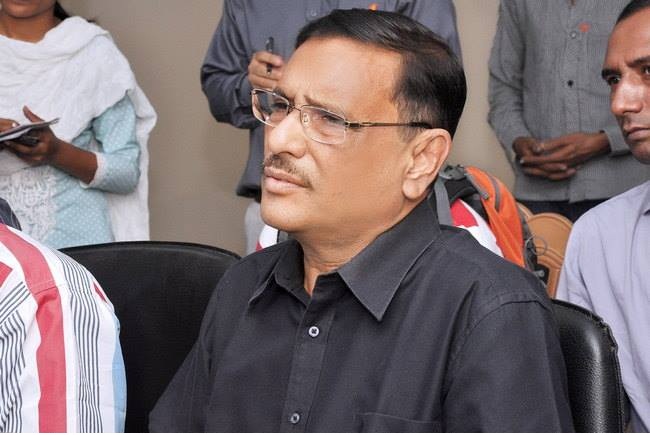 It has been blocked after it ran a story that questioned how Minister of Road, Transport and Bridges, Obaidul Quader, can afford his collection of luxury watches, which includes brands like Rolex, Louis Vuitton or Ulysse Nardin.

The story titled “A wrist of luxury,” reminded that “there were at least six corruption cases pending against Quader in 2008 and 2009,” most of which were reportedly filed by the “military-backed caretaker government,” which took over in 2007.

The courts, according to the report, dismissed those cases after the country’s leading political party - Awami League (Bangladesh People’s League), returned to power in 2009. Obaidul Quader has been the League’s General Secretary since October 2016, and was also the first senior joint general secretary of the League from 2002 to 2009.

The story further quoted a whistleblower claiming that Quader “prefers to receive bribes in the form of expensive wristwatches.” The individual was allegedly involved in a deal in which the Minister received a luxury brand watch in exchange for awarding a lucrative contract, read the report.

The whistleblower, according to the report, also said that the fact that the “minister has a very special fascination for expensive brand watches, and that he prefers to take them as ‘gifts in return for big favours,’ is an ‘open secret’ among Bangladeshi and foreign contractors.”

The whistleblower also provided the Netra News with photos of the watch, its serial number and other details.

The Netra News’ editor-in-chief, Tasneem Khalil, explained to Al Jazeera that Quader has a declared annual income of about US$36,000, while just one of his Rolex watches has a price tag of $34,000.

Some 72 hours after the story was published, Netra News’ website in Bangladesh was blocked, as an editor of the online publication confirmed to Al Jazeera.

AlJazeera also cited Jahurul Haque, the chairman of Bangladesh Telecommunication Regulatory Commission, the government agency that controls the country’s web access, as saying that he did not receive any “official order from the government” to block the website. He indicated, however, that the country’s military intelligence also could have blocked the website.

Bangladesh’s Directorate General of Forces Intelligence (DGFI), according to the report, declined to comment on the issue, but Netra News stated it had been able to independently verify that their website has been blocked by the defence agency.