An Islamabad court ordered on Tuesday a 13-day custody for an opposition lawmaker who was detained a day earlier over his alleged role in corruption linked to a construction project. Opposition claims this was another episode in the government’s crackdown against political opponents. 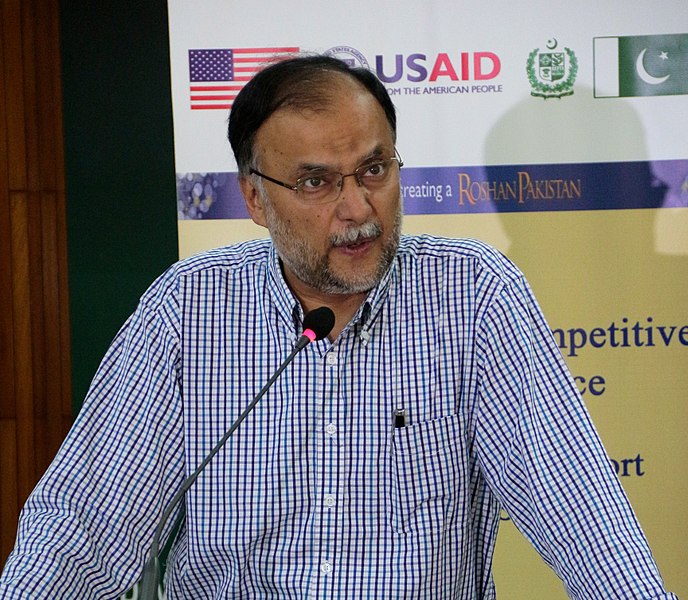 Ahsan Iqbal (Photo by USAID Pakistan)Ahsan Iqbal, a senior Pakistan Muslim League (Nawaz) leader, was detained by officials of the National Accountability Bureau, NAB, right after he appeared before them on Monday to answer their questions related to alleged misappropriation of government funds in the construction of the Narowal Sports City, near the border to India.

The NAB claims Iqbal started the project and allowed its cost to triple by “misusing” his office while he served as planning and development minister.

Iqbal denies the accusations and claims that the project was launched in 2009 while his party came to power in 2013. He argues that the price of the project increased because its scope was revised to meet international standards and that the funds were approved by cabinet, parliament and the Executive Committee of the National Economic Council.

Critics say that Iqbal is the latest addition to the list of opposition politicians who have been arrested over corruption allegations since Prime Minister Imran Khan took office in August 2018. Khan won the elections after promising to end widespread corruption.

Prior to his arrest Iqbal had criticized Khan’s economic policies. He called Khan Pakistan’s ‘biggest beggar’ who got billions from the International Monetary Fund and other countries but failed to fix the economy.

The party’s spokesperson Marriyum Aurangzeb also blamed the government, saying that "today, all competent and honest politicians are in jails."

Iqbal will face the court on January 6.