OCCRP’s investigative reporting partners in Ukraine have found inconsistencies in the police investigation that led to last week’s detention of three people suspected of having planted the car bomb that murdered journalist Pavel Sheremet in 2016. 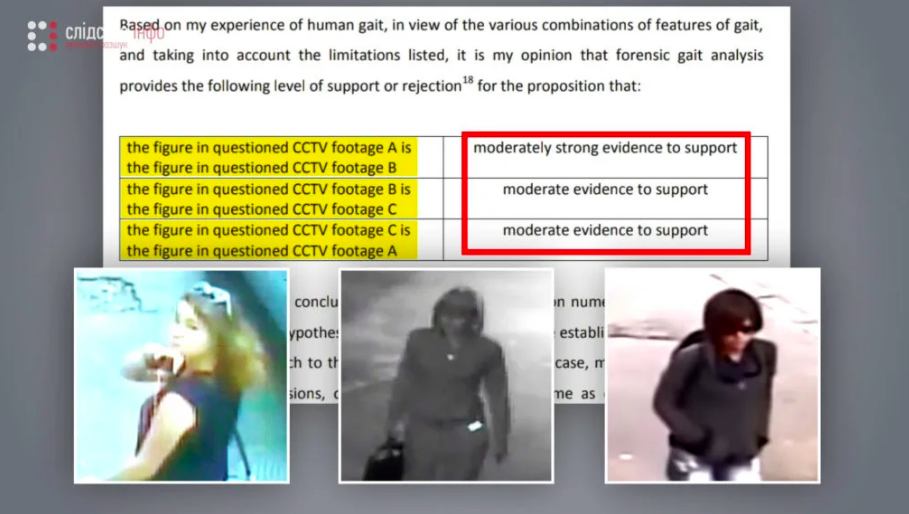 From gait analysis report  (Credit: Slidstvo)For nearly three-and-a-half years Ukraine authorities had failed to name a single suspect in the murder until police announced last Thursday that they had arrested two women and a man and linked a previously detained couple to the murder.

Military nurse Yana Dugar is suspected of having gathered information in Sheremet’s neighborhood prior to the attack. Doctor Yulia Kuzmenko and musician Andrey Antonenko are believed to have planted and later detonated the bomb under Sheremet’s car.

Two other suspects, Vladyslav and Inna Hryshchenko, were detained earlier in an unrelated case and linked to the Sheremet murder last week.

The story, published Monday, exposes contradictions between the official police account and the expert analysis that they relied on to build their case.

Reporters obtained previously undisclosed reports by Ivan Birch, a British forensic scientist who specialises in gait analysis — the study of how people walk. Birch was one of four experts hired by police to separately analyse evidence including CCTV footage taken from cameras in Sheremet’s neighborhood.

Reporters discovered that in his report, Birch reached a different conclusion than that announced by Ukrainian police last week.

Rather than identifying two women, Birch found there was a likelihood that the figures seen in surveillance videos, taken in different locations and times, could in fact be just one woman.