Because his health deteriorated while in detention for corruption, the High Court in Islamabad released Thursday former Pakistani President Asif Ali Zardari on bail, his lawyer said. 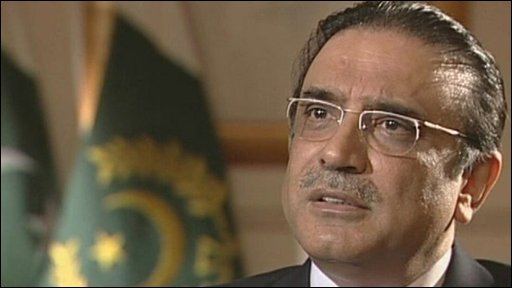 Zardari is the widower of late Prime Minister Benazir Bhutto and a top official of the left-leaning Pakistan Peoples Party, PPP. He was detained in June as part of a fraud and money laundering case. He allegedly used fake bank accounts registered on other peoples’ names to receive kickbacks, totaling Rs4.4 billion (US$29 million).

The former president denies the charges laid against him, saying they were politically motivated and orchestrated by the current government of Imran Khan.

His son Bilawal Bhutto Zardari, the leader of the party, blamed Prime Minister Imran Khan for his father’s condition. He told reporters in Islamabad that his father will campaign against the Khan government as soon as he gets better.

Pakistan has seen scandal after scandal in the past years with top officials being accused of corruption and arrested.

Another Pakistani former Prime Minister, Nawaz Sharif, was sentenced a year ago to seven years in prison for corruption in relation to undeclared businesses in Saudi Arabia and luxurious apartments in London that were revealed by the Panama Papers leak.

He has also been released on bail on medical grounds and was allowed to travel for treatment.

"After granting medical bail to former Prime Minister Nawaz Sharif, and a subsequent permission to travel abroad, a precedent had been set," Osama Malik, a financial crimes legal expert from Islamabad told OCCRP.

It would be difficult now, he added, to deny Zardari the same, he explained.

Before being elected president in 2008, Zardani spent years in prison on corruption and murder charges but has never been convicted.