A powerful former ally of Gabon President Ali Bongo was fired from his post and arrested on suspicion of graft, the latest fallout in the investigation into the more than USD $100 million missing from a state-controlled oil company’s coffers. 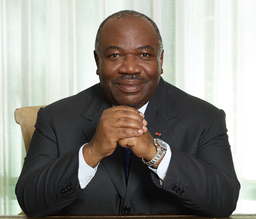 Alihanga was appointed Bongo’s cabinet director, a position similar to chief of staff, in 2017. He was reassigned in November to a ministerial position.

The arrest of the three men comes after Gabonese authorities detained dozens of people in an ongoing investigation, originally dubbed Operation Mamba, into how more than $100 million disappeared from the coffers of the state-controlled Gabon Oil Company.

“The three were extensively referred to by individuals who are currently in custody over embezzlement of public funds, extortion and money laundering,” Andre Patrick Roponat, the public prosecutor, told Paris-based AFP.

A lawyer for Alihanga told France 24 the investigations are a politically-motivated “witch hunt.”