The chief of staff of the Maltese Prime Minister resigned Tuesday after a major suspect in the murder of investigative journalist Daphne Caruana Galizia in Malta two years ago, mentioned his name, the Times of Malta reported. 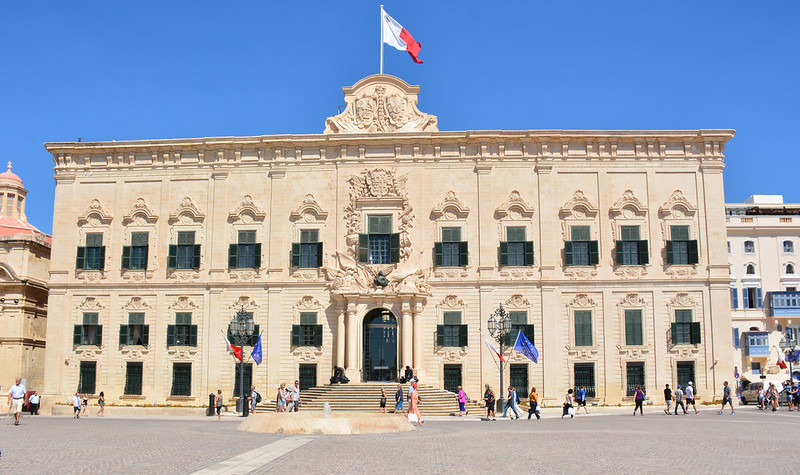 Resignations within Maltese Government as probe into murder of investigative journalist Daphne Caruana Galizia continues. (Photo: Mike McBey (CC BY 2.0))“Yesterday (Monday) evening, my chief of staff, Keith Schembri, informed me that from today he would be relinquishing his post,” Maltese Prime Minister Joseph Muscat told a press conference in Valletta.

Shortly before that announcement, the Malta Today reported, police searched Schembri’s home and began questioning him.

Two other ministers also resigned abruptly from the government.

According to the Times of Malta, police acted after Yorgen Fench, detained last week while trying to leave Malta, name-dropped Schembri during a police interrogation.

The newspaper cited a police source as saying that “Schembri was mentioned in recordings between Fenech and suspected Daphne Caruana Galizia murder plot middleman Melvin Theuma,” who was offered a pardon earlier this month, to identify the mastermind behind the Galizia’s killing.

Fenech reportedly also brought up Schembri  in “at least one other major deal tainted by corruption.”

The government said in a statement that: “Minister for the Economy, Investment and Small Businesses, Chris Cardona is suspending himself with immediate effect from his position as minister pending the investigations and proceedings going on right now.”

The decision, according to the statement, came following a discussion with the Prime Minister.

The statement also said that Cardona declines any “connection with the case,” without saying which case he was referring to.

Maltese Tourism Minister Konrad Mizzi, also announced his resignation “with immediate effect,” but was more open, stressing that “he has no business connection with Yorgen Fenech, and no connection with (Fenech’s Dubai-based company) 17 Black.”

The Malta Today newspaper reminds that the police briefly questioned Cardona on Saturday, just a few days after Fenech’s arrest.

The police reportedly asked Cardona if he was involved in the car bombing of Galizia, or if he knew Theuma.

The now former Economy Minister said his answer to all those questions was “No.”

The newspaper also reminded that Cardona had “sued Caruana Galizia over a report that he had been seen at a brothel in Germany while on official government business in January 2017.”

He was suing her at the time she was killed, in October 2017.

Schembri and Mizzi have also been linked with Fenech and his 17 Black, which, according to the report, had been listed as a target client of their Panama companies.

According to the Panama Papers’ leak in 2016, Schembri established the Tillgate Company in Panama, and Mizzi formed his company Hearnville Incorporated, also in Panama, through Mossack Fonseca. Both were mentioned in Galizia’s reports.