German police need to treat the Monday theft of items worth €1 billion (US$1.1 billion) during a heist at Dresden’s “Green Vault” as a hostage situation if they are to get the artifacts back intact, an art recovery expert advises. 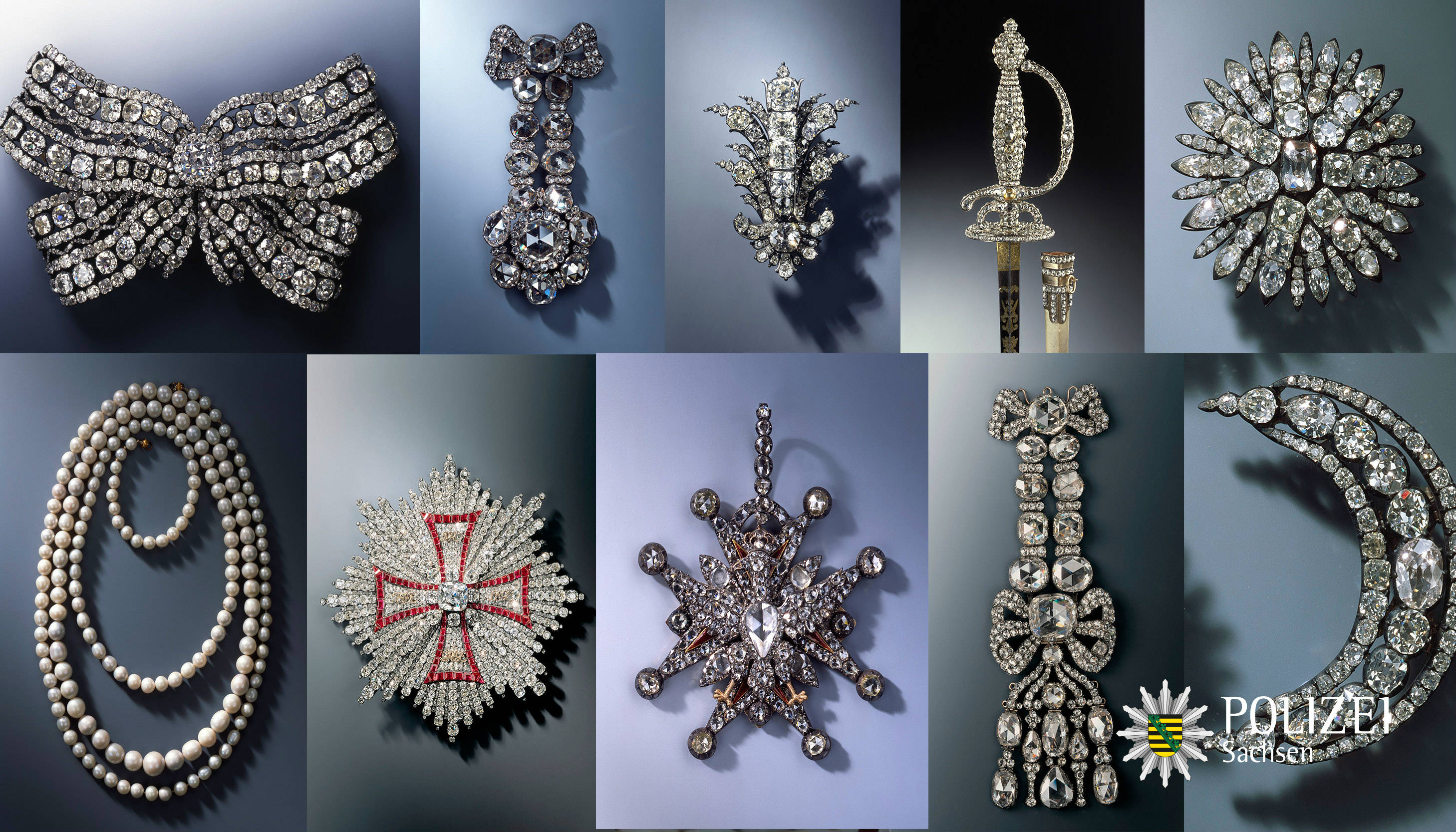 Artifacts stolen from Dresden's Green Vault are seen in a police handout. (Saxony Police)“It’s pretty horrific,” Christoper Marinello, the CEO of Art Recovery International, told OCCRP Tuesday about the theft. “These are heartless thugs who would steal from their own mothers.”

The burglars made off with loot that includes diamonds from an 18th-century jewelry collection, according to Marion Ackermann, head of the city’s art collection.

“We are shocked by the brutality of the burglary,” Ackermann said at a press conference held Monday.

The “Green Vault,” known in German as Grünes Gewölbe, is one of Europe’s oldest museums, and is revered by residents who remember it survived through the Second World War with its treasures intact.

Marinello - who previously helped reunite Henri Matisse’s Femme Assise with the descendants of its owner, after it was discovered in the collection of a Nazi art dealer - says police are working on a very tight deadline, as the thieves will be looking to quickly sell the stolen goods.

“When it comes to jewelry, they want to cash out as quickly as possible,” he said, adding that the pieces will be taken apart to sell as individual gems. “Every hour that goes by, these criminals are looking to unload it.”

He believes German police need to treat the theft as a hostage situation, offering a reward for the return of intact artifacts and harsher punishments for those returned damaged.

“Right now, we should be focusing on who stole these pieces and getting them back,” Marinello said.

According to police, the thieves first cut the power to the area by starting a fire at an electrical panel near the Augustus bridge, before assaulting the museum.

The thieves escaped to a waiting Audi A6 - which was later found burned in an underground car park in Kötzschenbroder Straße.

Only two robbers are seen in surveillance video released by police, but authorities say they believe more people were involved.

German politicians condemned the act as more than a theft of jewels.

“This is an attack on the cultural identity of the Saxons. We have to assume, as things stand, that the art robbers were professionals who knew exactly what they wanted and what they do,” Saxony’s Interior Minister Roland Woller said in a statement.

Saxony’s government says it is reviewing its museums’ security measures in the wake of the brazen theft.

“The Grünes Gewölbe has a modern, high level security system according to worldwide museum standards,” a spokeswoman for Saxony’s Minister for Higher Education and Arts told OCCRP. “As soon as the inquiries have been completed the decision makers responsible for the security system will have a reliable basis for an assessment of necessary steps to be taken.”

Police have also formed a special commission to investigate the crime and how the museum was targeted.