Police Operations Across Ohio Lead to Flurry of Drug Indictments

Over the past seven days, a string of anti-drug and organized crime busts by authorities across Ohio have led to dozens of indictments and huge loads of seized drugs and weapons, according to reports. 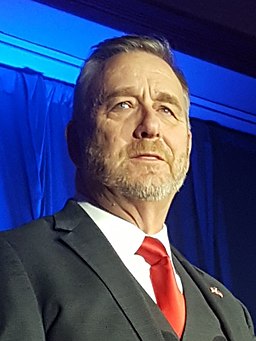 Ohio Attorney General Dave Yost. (Source: TheRealLamar [CC BY-SA 4.0])An undercover anti-drug action, Operation Ice Up, led to 59 grand jury indictments in what the Ohio Attorney General on Thursday called a bust of “major drug trafficking organizations.” This was the third in a string of anti-drug and organized crime busts across the state in the last week.

His press release said that police netted 95 ounces of methamphetamine, 109 doses of hydrocodone, cocaine, fentanyl, heroin, and suboxone, as well as eight stolen firearms. A total of 163 felony counts were issued, which carry a potential maximum sentence of more than 1,000 years.

“These drug busts were the equivalent of organized crime rings you’d see in the movies,” said Attorney General Dave Yost. He and sheriffs invovled in the US 23 Major Crimes Task Force described how important it was for local, regional, and state agencies to combine forces. They took down a drug ring operating across three southern Ohio counties.

The indictments followed closely on the heels of Wednesday’s local news reports of a grand jury indictment of seven people accused of operating human trafficking and drug trafficking rings in and around the state capital of Columbus.

As well, on Tuesday, a federal indictment was unsealed detailing charges related to Drug Enforcement Administration raids that took place last week in Cincinnati, Ohio, according to USA Today newspaper. Those raids led to 37 arrests and the seizure of 19 pounds of fentanyl, 100 pounds of cocaine, 42 pounds of methamphetamine, and dozens of weapons. The indictment alleges that a Cincinnati jeweler and automotive business were used to launder proceeds from the criminal conspiracy.