Prime Minister Benjamin Netanyahu vowed to stay in power as Israel’s leader, in the wake of corruption charges and his political rival’s failed attempt to form a coalition government. 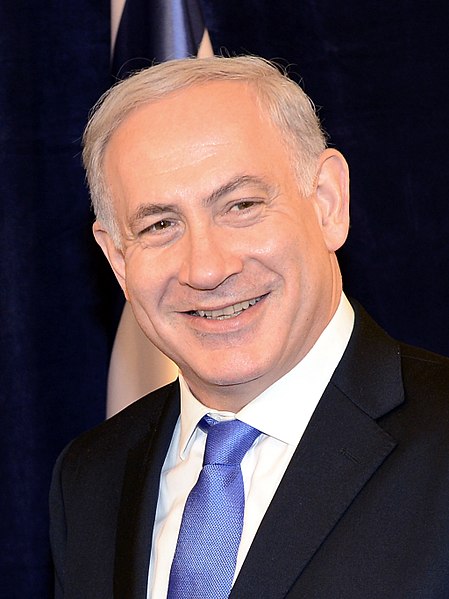 Benjamin Netanyahu is seen in an undated photo from the US State Department. Israel’s Attorney General Avichai Mandelblit charged Netanyahu with bribery, fraud and breach of trust on Thursday. He said he took the action “with a heavy heart but a whole heart.”

“We left no stone unturned in an effort to get to the bottom of things and make the best and right decision based on the full evidence and the law,” he said in a statement.

Mandelbilt also pushed back against claims the investigation was politically motivated.

Netanyahu vowed to continue to fight to lead his country.

“I won’t hide from you, I’m a human being too,” he wrote on social media. “I’m committed to you. And to our country. And to justice. You give me strength. I will fight, and not lie, forever.”

Netanyahu called the charges an attempt to “overthrow” him.

“This is an attempt at a coup that has been contaminated with false pretenses and investigations. A process that is meant to overthrow a reigning prime minister of the right: me,” he said on Facebook.

The politician's claims about “false pretenses” center around a police investigation into senior campaign officials in Netanyahu’s ruling Likud party for allegedly harassing a state witness in a corruption case against Netanyahu at the end of October.

In his Thursday statement, Netanyahu claimed the state witness only testified after being threatened by law enforcement.

“They used extortion against him, as in the world of crime, and threatened: ‘we will destroy your family, take your assets, your children will not talk to you,’” he said.

In Case 4000, Netanyahu is alleged to have pushed for regulatory decisions to benefit businessman and media mogul Shaul Elovitch, the controlling shareholder in telecom giant Bezeq, in exchange for positive coverage from one of his news websites.

In Case 2000, he’s alleged to have worked with Yedioth Ahronoth newspaper publisher Arnon Mozes to weaken a rival company in return for more favorable coverage.

Finally, in Case 1000, he is alleged to have accepted thousands of dollars from a Hollywood producer and Australian casino mogul in exchange for political favours.

In Cases 2000 and 1000, Netanyahu has only been charged with fraud and breach of trust.