Ex-Kenyan Attorney General on US Blacklist

The US State Department imposed sanctions on Amos Sitswila Wako, the former long-time attorney general of Kenya, accusing him of involvement in “significant corruption,” Secretary of State Mike Pompeo said in a statement Monday. 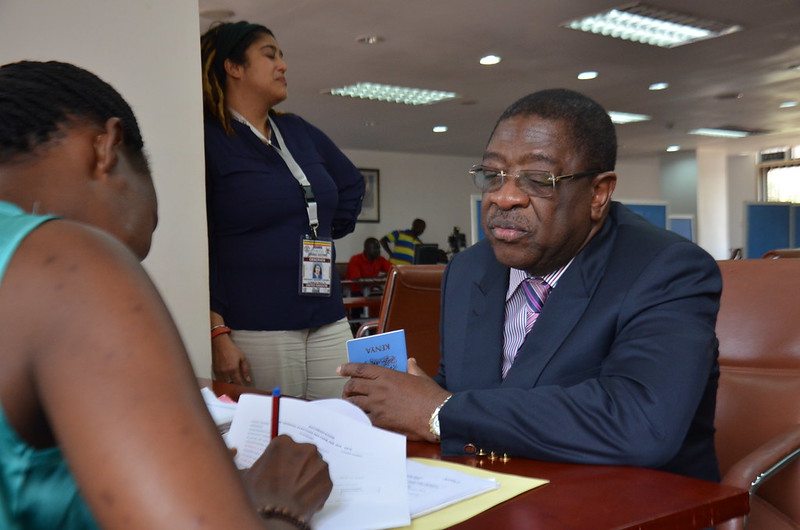 “Today’s action sends a strong signal that the United States is a valuable partner in Kenya’s fight against corruption,” Pompeo said in the statement, but he disclosed no specifics of the Wako’s case.

He added that economic prosperity for all Kenyans “is only possible by defeating the scourge of corruption, which also requires a functional, fair, and transparent criminal justice system,” and stressed the US “will continue to stand with all Kenyans as they strive to curb and punish corruption in Kenya.”

The New York Times and the Standard Digital news outlet reported that the US also sanctioned Wako in 2009, imposing a  travel ban for his “deliberately blocking political reforms,” following post-election violence the previous year. At the time, the US called him “an obstacle to the fight against graft.”

In a cable to Washington D.C. in 2009, the then-US Ambassador to Kenya Michael Ranneberger asked for a security advisory about Wako, according to documents leaked by Wikileaks in 2010.

His cable read that Wako was “engaged in and benefited from public corruption in his capacity as Attorney General for the past 18 years (1991-2009 at the time).”

“During this period, despite a string of major corruption scandals, he has not only failed to prosecute successfully a single senior governmental figure but he also has actively thwarted their prosecution,” the ambassador warned.

He had also reminded the US administration, according to the leaked cable, about Wako’s “poor quality of legal advice to the government, that helped to facilitate both the Anglo-Leasing and Goldenberg mega-scandals by lending his stamp of approval to fraudulent contracts that were the basis for stealing over US$1 billion from the Kenyan government.”

The Anglo-Leasing affair, revealed in 2004, was a public contracting scam, designed, as the BBC reported, to supply the Kenyan government with a system to print new high-technology passports, while other fictitious companies involved in the scam were paid to supply naval ships and forensic laboratories for the Kenyan government.

Another scandal - the Goldenberg affair, as Ambassador Ranneberger warned in 2009, was a scheme in which Kenyan government export subsidies “were paid out to Goldenberg International and a range of companies around the world for gold that may or may not have been exported and was likely smuggled into Kenya from the Democratic Republic of the Congo.”

Wako’s corrupt practices and his alleged involvement in the schemes have been investigated and documented in five reports, but he has never been prosecuted.