Malaysian Ex-PM Ordered to Enter Defense at His Trial 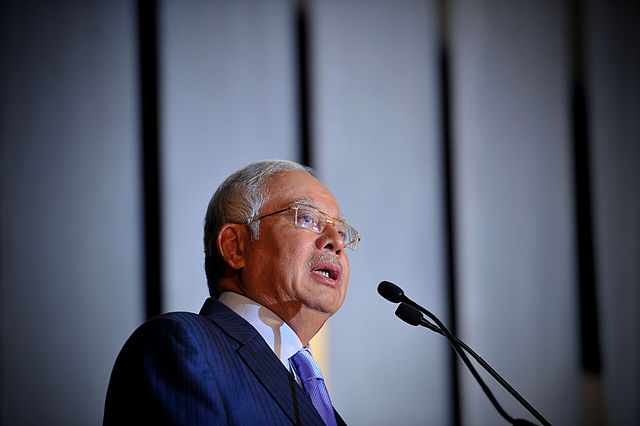 The charges nclude three counts of criminal breach of trust, one count of abusing his position and three counts of money laundering related to SRC International funds - a former subsidiary of 1MDB.

The judge was quoted as saying that the “accused had full control over the company (SRC) as the Finance Minister and MOF Inc as the sole shareholder of SRC.” He said that the prosecution had proved the elements of Najib’s abuse of power, breach of trust, and money laundering.

The charges, according to AP, relate to 42 million ringgit (US$ 10.1 million) allegedly directed to the ex-PM’s bank accounts from the 1MDB’s former unit.

Najib reportedly said he would testify, denying again any wrongdoing and accusing the current Malaysian government of Mahathir Mohamad of political vengeance.

Mahathir Mohamad, 94, was the country’s PM from 1981 to 2003 and made a political comeback winning elections in May 2018 with his alliance’s anti-graft campaign.

Najib was arrested in July 2018. His trial began in April with the prosecution calling 57 witnesses, including former bankers, pension fund officials, and members of the anti-graft body.

The US Justice Department filed criminal charges last year against a flashy Malaysian financier and former Goldman Sachs banker for laundering billions syphoned from the 1MDB fund, while a second former banker for the New York-based firm pleaded guilty of involvement in the major fraud scandal.

While the $6.5 billion raised by the bond offerings was supposed to be used for 1MDB projects to benefit the Malaysian people, $2.7 billion, as OCCRP wrote, was funneled to personal investments and accounts belonging to Goldman Sach bankers, their families, co-conspirators and government officials.

The laundered funds were reportedly used to pay bribes to obtain and retain business for [Goldman Sachs], and for the personal benefit of the co-conspirators their relatives and associates, including, among other things, purchase of fancy jewelry, luxury homes in the United States,  artwork including a Picasso at auction, and the funding of major Hollywood films. One of Hollywood blockbuster, “The Wolf of Wall Street.”

The alleged mastermind behind the billions of dollars of fraud, “Jho Low,” used the Malaysian money to buy gifts for celebrities including Leonardo DiCaprio and model Miranda Kerr.