Italian authorities have announced the arrest of 71 suspected members of the country’s most powerful crime syndicate on drug trafficking and money laundering charges. 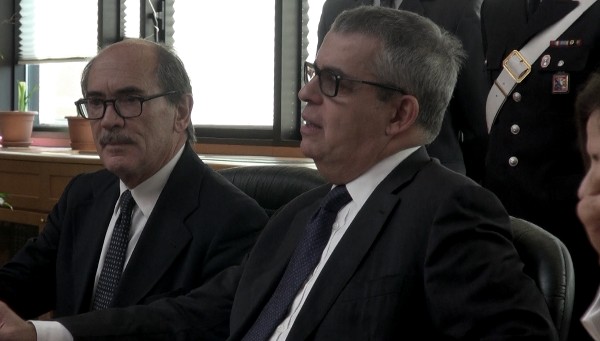 Charges filed against 65 of the suspects included mafia association and transnational drug trafficking, while six were charged with money laundering for allegedly creating shell companies and reinvesting ill-gotten money.

The cradle of the ‘Ndrangheta is the southern Italian province of Calabria, but the network has spread to the north and beyond Italy’s borders.

Explaining the syndicate’s methods of gaining power, Giuseppe Grassi, Italy's Fiscal Police Regional General, said that the members’ criminal reputations precede them noth and they don’t even have to resort to violence to get what they want.

Legitimate businessmen feeling threatened tend to hand over their activity, even more so if they are going through financial hardship, he said.

“Additionally, the willing or unwilling cooperation of white collars, such as lawyers, accountants or notaries, grants them access to sophisticated company structures to hide their assets and reinvest their money,” Grassi said.

A renowned lawyer and an accountant were among those arrested in Operation Cerberus. One tipped the group about prosecutors' actions early on prompting stronger precautions among other suspects. Prosecutors believe this resulted in establishing shell companies and managing the assets structure.

“Finally, reinvesting the ill-gotten money in business –  gambling, restoration, and the food industry in this case – grants them control over a specific territory,” Grassi said.

Among the suspects are one of ‘Ndrangheta's top cocaine brokers, Nicola Assisi, 61, and his son Patrick. After fleeing Portugal, Nicola remained at large for five years until Brazilian police arrested the two in July in Praia Grande, a coastal town in the state of São Paulo. Assisi was considered capable of arranging with South American cartels shipments of drugs by the tons.

Police found so much cash in his luxury villa, they couldn't count it immediately but weighted it instead: 20 kilograms. 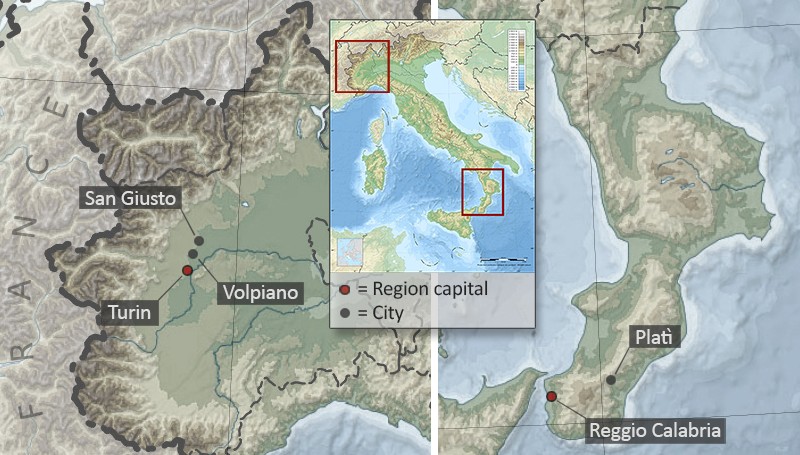 The city of Turin in the northeast of Italy and the town of Platì where the most powerful Ndrangheta families - including the Agrestas - are from. (Photo: Investigative Reporting Project Italy)

Father and son are each serving 30 years for drug trafficking.

Much of Operation Cerberus has been based on statements made by a young former mafia boss, Domenico Agresta, whose family founded one of the two dismantled cells near Turin.

Agresta was arrested for a murder committed in 2008 and while behind bars, he was crowned “Padrino” - a high profile title in the secretive ‘Ndrangheta hierarchy.

In 2016, Agresta became one of many informants and  exposed several members of his own family. Five of them were arrested in Operation Cerberus.

He told prosecutors that “studying” had changed him.

“About €3 billion worth of mafia assets have been either confiscated or seized by Italian authorities since the beginning of 2019,” Italy's Interior Minister Luciana Lamorgese said at a parliamentary hearing last week.

Dozens of police operations and hundreds of arrests are made every year. Yet, “Ndrangheta still continues to be Italy's most powerful mafia organization,” he added.

Cerberus' three heads represented past, present and future to the ancient Greeks and the dog was meant to represent an enemy impossible to overcome. “The Mafia is not invincible,” Attorney General Saluzzo said, “but the fight will be a long one.”