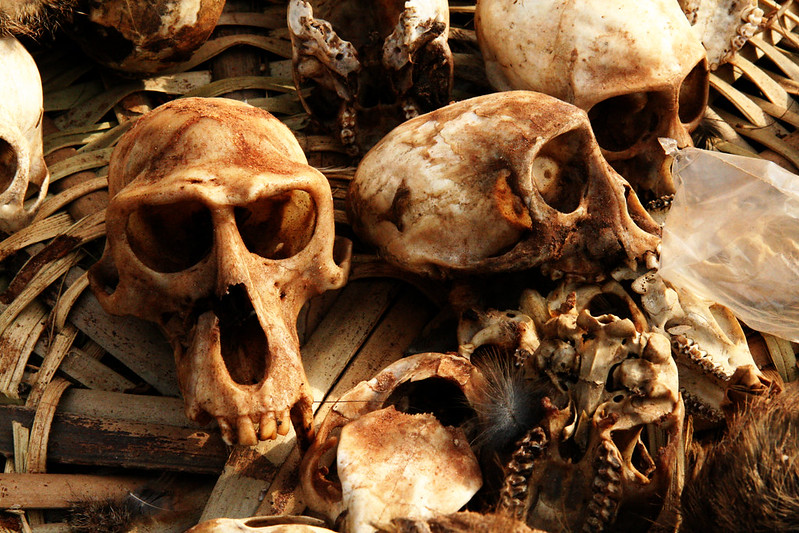 Voodoo skulls (Photo: Adam Cohn ((CC BY-NC-ND 2.0))The Black Axe, as the RT describes, is a ‘death cult’ that “kills, kidnaps, resolves internal conflicts with machete fights and uses voodoo as an instrument of blackmail,” to pressure, mostly women, into prostitution or drug smuggling.

The gang, also known for human trafficking and fraud, as it reportedly lures migrants from West Africa promising them jobs, but then “often uses bizarre occult rituals, known as ‘juju’ - Nigerian version of voodoo, and torture” to drag them into crime.

“They are holding women hostage and trick them to believe that they will use voodoo, which will end up badly for them, if they try to quit the job,” Jale Poljarevius, local police chief in the Mittel police region told the Swedish SVT broadcaster.

Police expressed concern after Black Axe, as they said, already established branches in Stockholm, but also in the cities of Gothenburg, Malmö and Uppsala.

“Unfortunately, we see signs of that,” said Poljarevius.

Swedish authorities, according to Voice of Europe, have been worried about the emergence of Black Axe in some parts of the country, fearing that the new “criminal network in an already crowded field could result in an uptick of violence.”

Earlier this month, Swedish police reported that at least 50 organized gangs have been operating in Stockholm, a significant increase, as 39 gangs were registered in the city some four years ago.

Poljarevius also reminded that “there is a lot of cocaine but not so many users, so the market is quite saturated.”

“It would lead to violence rather than cooperation,” he said.

In early October, according to the Expressen newspaper, 15 people linked with the Black Axe have been charged with “particularly serious drug offenses” in one of the largest investigations ever in Sweden.

Black Axe, as the OCCRP reported, has spread to Europe from Nigeria after establishing its network in Italy a few years ago. The network further grew towards the north of Europe and crossed into Canada.