US: Nebraska Deputy Sheriff Accused of US$11 Million Fraud

A Nebraska sheriff’s deputy was indicted for fraud in a scheme that authorities say cost his victims nearly US$11 million, according to a Department of Justice release. 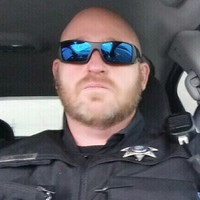 Craig Harbaugh in an undated photo from his Linkedin Profile. Source.Federal prosecutors say that Craig Harbaugh, who also owns a gun and military gear store in Dodge County, faked multiple government contracts and then used them to persuade a bank and several investors to give him money to buy equipment he was allegedly supposed to supply the government with.

One of them was a supposed $10 million contract to deliver the Department of Defense night vision goggles. His victims bought the story. After all, he was a sheriff’s deputy.

Very soon, the Great Western Bank started looking more closely into the paperwork of Harbaugh’s business, Tactical Solutions Gear, LLC. The bank tried to take possession of the entire inventory of his store to collect the $4.6 million debt, according to local media.

“Thanks for losing all our retirement money 1.3 million dollars you just kept taking our money,” one of the investors messaged him, according to the local NBC station.

“I swear your money is good I did not lose it. You will have it Monday,” Harbaugh allegedly responded.

Harbaugh will face the judge on a 15-count indictment that includes wire and bank fraud. He had his initial appearance on Wednesday in federal court in Omaha.

Harbaugh has been placed on administrative leave. Court records don’t yet list a trial date.