TI Report Exposes the UK as a Money Laundering Haven

UK services and institutions played a significant role in some of the biggest corruption scandals as they allowed 325 billion pounds (US$412 billion) of suspect transactions to flow through the country’s financial system, Transparency International UK revealed in its latest research. 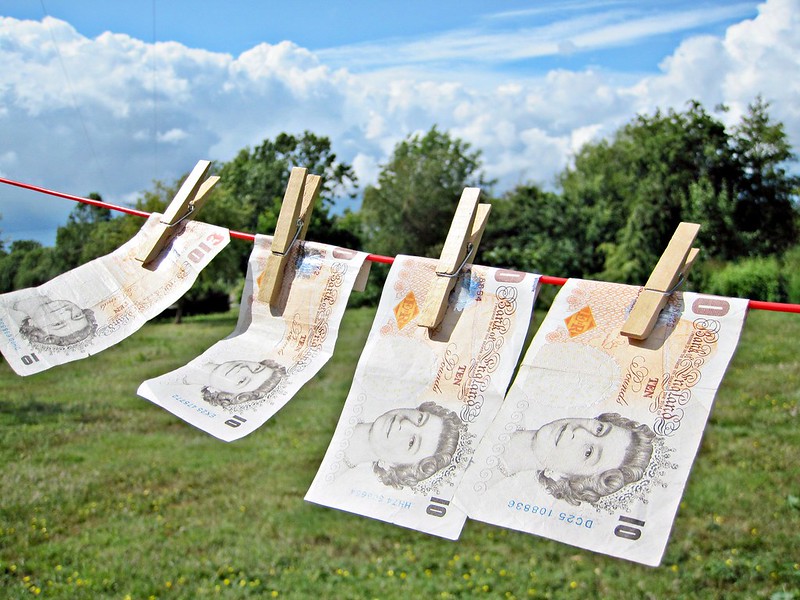 UK's financial system exposed to money laundering (Photo: Images Money (CC BY 2.0))The TI’s “At Your Service” report said that many UK companies, banks, even prestigious schools and blue chip law firms have been used by some of the world’s most corrupt who parked their dirty money in real estate, luxury cars, jewelry or art.

TI said in a press release on Thursday, it had identified nearly 600 UK businesses, institutions and individuals who “have helped corrupt individuals, unwittingly or otherwise, obtain, move and defend their ill-gotten gains.”

More than 4.1 million pounds ($5.2 million) in suspicious funds were reportedly paid to 178 UK educational institutions. Some of the money came from industrial-scale money laundering operations exposed by the Organised Crime and Corruption Project (OCCRP) and its partners.

The watchdog quoted OCCRP’s investigations, such as the one about prestigious independent schools like Charterhouse.

A total of 8.3 million pounds ($10.5 million), as the investigation revealed, were paid to 37 architectural and interior design UK companies, mostly by anonymous shell companies with Baltic bank accounts.

The total sum also includes blurry payments of 118 luxury goods and services firms, 81 law firms, 86 banks and financial institutions and 62 accountancy firms, including, as the report said, all of the “Big Four” (KPMG, Ernst & Young, Deloitte and PricewaterhouseCoopers).

The findings exposed “how weak oversight has provided an environment that facilitates harmful abuses of power abroad and allows dirty money to impact almost every part of the UK economy,” the TI report said.

This means that such firms are not obliged to check their clients or their sources of wealth, allowing corrupt individuals to spend their money with impunity.

The watchdog identified only a small piece of a much larger puzzle and called for a radical overhaul of the “UK’s anti-money laundering supervisory regime to establish a credible deterrent against British firms turning a blind eye or actively helping corrupt individuals, and urgent action to establish the true extent of the unregulated sector’s exposure to dirty money.”

Daniel Bruce, Chief Executive of TI UK, believes that government and law enforcement agencies have made real progress in recent years in reducing the number of places where corrupt individuals can hide.

“Yet our findings confirm it is still far too easy for criminals and the corrupt to seek impunity with the assistance of UK businesses,” he said.