In what some critics called a “red line crossed” with regard to corruption in America’s highest office, the White House announced on Thursday that President Donald Trump’s Florida hotel had been awarded the opportunity to host next year’s G-7 summit—and then abruptly walked back on the decision over the weekend. 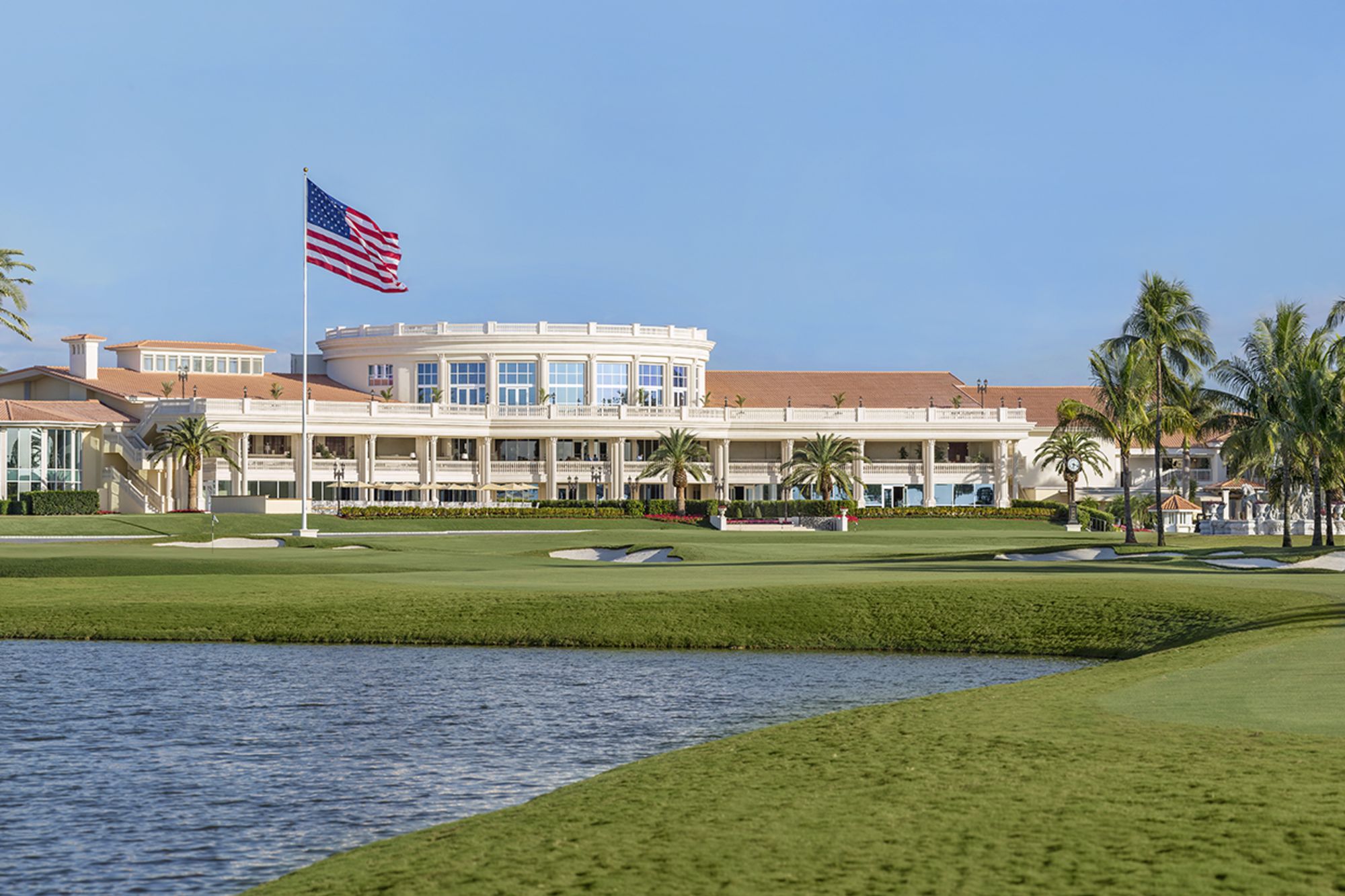 “It may look from the outside like it’s been corruption all along—because it has been,” Walter Shaub, the former head of the U.S. Office of Government Ethics, wrote on Twitter on Thursday night, “but participating in a contract award to yourself is different by orders of magnitude.”

New York Times columnist Frank Bruni described “this Doral madness” as a “gesture of such perverse defiance, such profound contempt, that it takes the breath away.”

The National Doral is one of 11 Trump hotels around the world, and features four golf courses and a 24,079-square foot “Donald J. Trump Grand Ballroom.”

Rumors that it might serve as the site of the next G-7 summit—hosting duties which rotate annually between the seven participating nations—were first reported by the Washington Post earlier this year. Around that time, the Post also obtained an audio recording of a Doral manager disclosing that the Miami-area resort was “severely underperforming.”

Later this summer, while at the 2019 G-7 summit in Biarritz, France, Trump announced that his hotel was “likely” to be picked.

“They went to places all over the country, and they came back and they said, ‘This is where we’d like to be,’ ” he said. “It’s not about me. It’s about getting the right location.”

He then “praised the club’s ample parking — as if world leaders generally lost time at summits while circling the parking lot,” the Post noted.

A couple of weeks later, advocacy organization Citizens for Responsibility and Ethics in Washington (CREW) submitted a memo to the State Department—which traditionally handles G-7 funding—outlining its concerns that a Trump hotel vying for hosting duties “suggests the possibility of corruption or, at least, the appearance of corruption in the department’s processes.”

“The stunning revelation that the President of the United States is competing with American companies for a federal contract to host an event that he will lead in his official capacity marks a new low in an already ethically troubled administration,” the memo continued.

On Friday, CREW filed a lawsuit against the State Department and Department of Homeland Security for failing to release documents related to the G-7 site selection process.

Despite campaign promises that he would put his business assets in a “blind trust” while president, Trump has so far resisted calls to follow through on that commitment, and still effectively owns the Trump Organization, according to a New York Times analysis.

He has already fielded cases from federal prosecutors alleging that he has and continues to violate anti-corruption provisions in the U.S. constitution through his Washington D.C. hotel, which is frequented by foreign dignitaries.

The constitutional provisions in question are known as the “emolument clauses.” The domestic emolument clause specifically prohibits the US president from receiving any kind of fee or profit beyond his annual US$400,000 salary, which hosting a taxpayer-funded event at his own property stood to violate.

Speaking on Fox news on Thursday night, Judge Andrew Napolitano, once allegedly on Trump’s Supreme Court nominee shortlist, said that the G-7 selection “is about as direct and profound a violation of the emoluments clause as one could create.”

Defending the decision to reporters at the White House on Thursday, acting chief of staff Mick Mulvaney said that the Doral was one of 12 sites being considered for the summit, and was “far and away the best physical facility.”

He added that both he and the President had anticipated the kind of “political criticism” the White House would come under if a Trump property was selected for the summit, but that Trump was willing to weather it. Later, Mulvaney admitted that the President was the person to initially suggest Doral as a potential summit location.

“You mentioned that the president is willing to take the criticism on this. What about the country itself?” one reporter asked at the press conference.

“No,” Mulvaney said shortly. “Next question?”

But less than 48 hours after the Doral announcement, Trump and the White House seemed to change their tune.

Shortly after 9pm on Saturday night, Trump announced from his personal Twitter account that Doral was no longer being considered as a G-7 summit site.

“As usual, the Hostile Media & their Democrat Partners went CRAZY!” Trump expressed in a 3-part thread.

The retraction of the decision did not quell Trump's critics, however, who used the opportunity to direct attention towards other conflicts of interest raised by Trump’s continued ownership over his franchise.

A few hours after Trump’s tweet, presidential frontrunner Elizabeth Warren wrote that “the G-7 may no longer be at Trump National Doral, but that won’t stop foreign nations from dumping money into Donald Trump's pockets by spending at his hotels. And it won’t stop Trump from rewarding Mar-a-Lago members with ambassadorships.”

Meanwhile, CREW released their own updated statement: “His reversal of that decision is a bow to reality, but does not change how astonishing it was that a president ever thought this was appropriate, or that it was something he could get away with,” it read.

“The president deserves no plaudits for doing the right thing only after public outcry forced him not to do the wrong thing. This was one corrupt conflict of interest. He’s racked up well over 2,000 of them. So we’ll keep fighting. Even late on a Saturday night.”