Azerbaijani police detained dozens of protesters during unauthorised rallies against corruption, low salaries and lack of democracy, held on Saturday. The crowd in Baku was also demanding fair and independent elections. 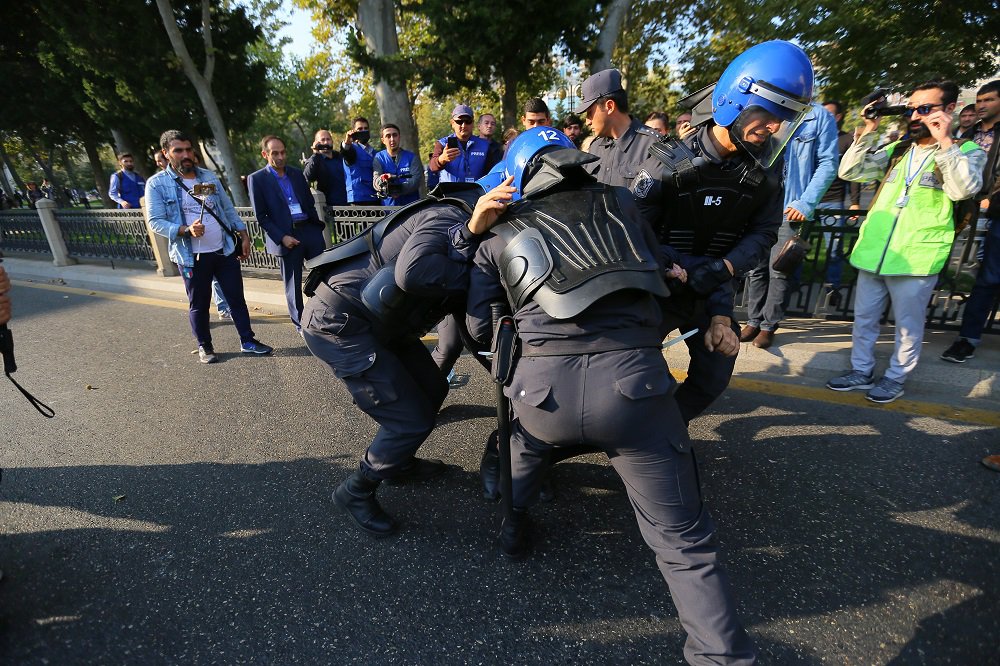 Police clashes with anti-government protesters in Baku. (Photo: Meydan tv)Police can be seen in YouTube videos beating and kicking people, while dragging them to the van. Opposition leader Ali Karimli of the Azerbaijani Popular Front Party told Reuters that some 50 people were detained days ahead of the rally.

Karimli was also detained on Saturday but released the same day. He appeared on Facebook Live with bruises on his head and neck.

“Six to seven police officers handcuffed me, threw me on the floor and kicked me,” he said.

Reuters reported that another 80 people were detained after Karimli. A few hours before the rally was to start, the metro station near the location of the protests was closed and the internet was down for a while during the rally.

The EU spokesperson for Foreign Affairs and Security Policy, Maya Kociancic, said in a statement that “excessive and unprovoked force was reportedly used to disperse the crowds and arrest participants.”

She called on authorities in Baku to release the detained and investigate the incidents.

But Leyla Abdullayeva, the spokesperson for Azerbaijani Minister of Foreign Affairs, said it was not true that dozens of people were detained.

“Most of the protesters were released after an official warning,” she said, adding that police was polite and nobody was injured.