Netflix filed on Thursday morning an objection to a defamation lawsuit from the real-life subjects of its upcoming comedy The Laundromat, calling the case “an eleventh hour gag order against constitutionally protected speech” and insisting the film — which is inspired by the Panama Papers leak — is not the reason their professional reputations have been injured. 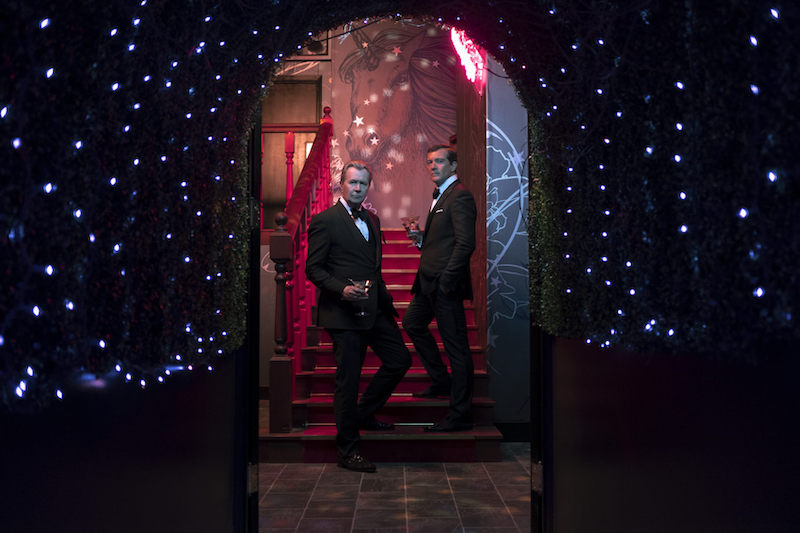 Oldman and Banderas as Mossack and Fonseca, respectively, in Netflix's "The Laundromat" (Source: Netflix)Jürgen Mossack and Rámon Fonseca, who are co-plaintiffs in the lawsuit that was filed on Tuesday—just three days before The Laundromat is scheduled to be released—are the founders and former owners of Mossack Fonseca & Co, the notorious Panamanian law firm that was the world’s fourth largest provider of offshore finance services before it found itself at the center of the Panama Papers investigation.

“The Laundromat” is a comedic adaption of the book Secrecy World by Jake Bernstein, one of the many journalists involved in the investigation.

The film depicts fictionalized versions of Mossack and Fonseca—played by Gary Oldman and Antonio Banderas respectively—as “cartoonish narrators who set up shell corporations around the world” who doubly serve as the movie’s narrators, according to court documents.

In their lawsuit, Mossack and Fonseca claim that the film has been written and edited in a way that portrays them as “individuals with aberrant personalities”, and that it will turn them into the “poster children for money laundering and tax evasion.”

They have requested that the film’s Friday release be put on hold via preliminary injunction, which requires a demonstration that “irreparable harm” will be incurred.

In its objection to the injunction, Netflix defends itself on the grounds that The Laundromat is protected by Connecticut's free speech statute, which protects public communication on a "matter of public concern."

The Laundromat, Netflix argues, is about "a matter of great public concern, namely, the U.S. regulatory system, which permits the creation of offshore shell companies as tax havens to protect the ultra-rich."

Netflix also points out that the lawsuit acknowledges the two men lost their entire client base and were subject to “rumors” that painted them as involved with “notorious drug Cartel and/or other Organized Crime leaders” following the release of the Panama Papers in 2016. In other words, any irreparable harm that might have occured as a result of the film has already taken place.

“Clearly, (Mossack and Fonseca’s) reputations were sullied long before the release of (The Laundromat).”

Responding to the allegation that the film unfairly portrays the men as being "involved in money laundering, tax evasion, bribery and/or other criminal conduct," Netflix notes that the Tuesday lawsuit itself admits that some of the companies created by Mossack Fonseca were, in fact, involved in criminal activity.

It also maintains, however, that the filmmakers deliberately depict Mossack and Fonseca as being “largely oblivious” to the ways their services are being used by murderers, drug-dealers, and other criminals.

The film, according to Netflix, is a "moral indictment of the 'massive and pervasive corruption of the legal system'", one that makes a point of emphasizing that Mossack and Fonseca's work—and the larger system of offshore financing—is “largely, if not entirely, legal.”