Canada’s Conservative Party and the country’s largest oil and gas lobby group have been accused of possibly colluding to violate the country’s election laws, according to a complaint filed by a government watchdog. 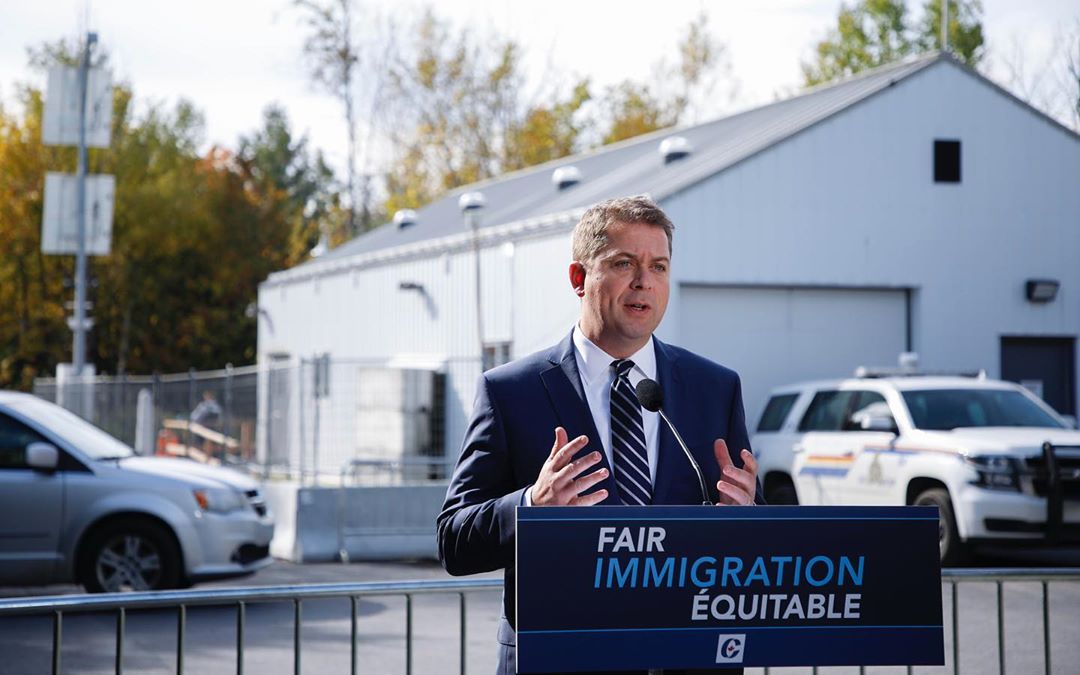 Conservative Party of Canada Leader Andrew Scheer addresses a press conference. (Instagram: Andrew Scheer)In a letter sent to Commissioner of Canada Elections Yves Cote last week, Democracy Now calls for an investigation into whether the Canadian Association of Petroleum Producers, CAPP, and the political party are breaking one of Canada’s newest election rules.

“The anti-collusion rules are aimed at ensuring fair and democratic elections, and preventing lobby groups from unethically helping political parties and leaders get elected, and the relationship between the Conservatives and oil and gas companies warrants investigation by the elections commissioner to ensure the rules have not been violated,” said Duff Conacher, the co-founder of Democracy Watch, in a statement.

The Canada Elections Act now bans political parties and third parties from acting “in collusion with each other,” including through information-sharing in order to “influence” the third party in its partisan campaign activities, ads or election surveys.

The complaint centers around Hamish Marshall - the Conservatives campaign manager - and his work with a lobby group that caters to both the CAPP and the Tories.

In its letter, Democracy Now cites previous media reports about the work One Persuasion Inc. - the lobbying firm - has done for both parties, and whether the two sides are sharing information.

All of the partners listed on One Persuasion’s website have at various times worked for or with the Conservative Party.

It also highlights reports of Marshall and Conservative Leader Andrew Scheer attending private events for the oil and gas industry where Marshall discussed using third-party interest groups to rally support for the party.

“One Persuasion Inc. providing advertising services to both the CPC (Conservative Party of Canada) and the CAPP, and being a firm co-founded by the CPC’s election campaign manager, raises the question of whether the CPC is “sharing information” with CAPP in order to influence the CAPP’s partisan activities, election advertising or election surveys during the election campaign period,” the letter reads.

One Persuasion told the Globe and Mail the work done for the Conservatives was done after Marshall’s leave of absence, and there had been no communication between Marshall and the company regarding business activities or relationships

The office for the Commissioner of Elections Canada says the letter has been received, but the commissioner wouldn’t comment on whether an investigation will be launched.