Six people went on trial in a Paris criminal court on suspicion of misappropriating proceeds from French arms deals dating back to the 1990s, media reported on Monday. 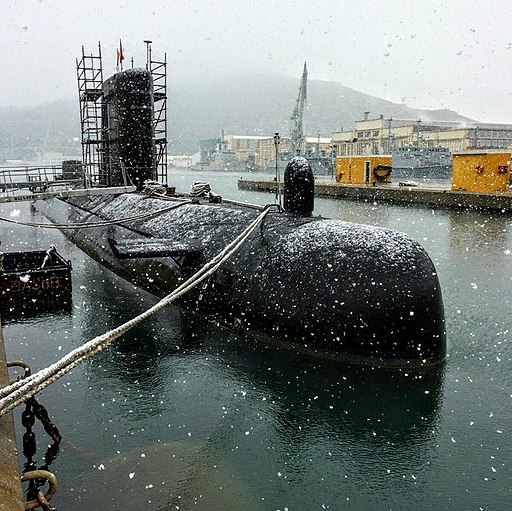 Agosta-type submarine, similar to the ones sold by France to Pakistan. Photo: TheRichic [CC BY-SA 4.0 (https://creativecommons.org/licenses/by-sa/4.0)]The trial comes after a massive investigation into the so-called Karachi Affair, named after the city in Pakistan where a bus carrying French defense engineers was blown up in 2002, killing 15 people.

After false-starts focusing on al-Qaeda, the investigation shifted to the 1994 sale of frigates to Saudi Arabia and three Agosta-class submarines to Pakistan, amid suspicions the bombing may have been revenge for non-payment of promised bribes, at the time considered legal and called commissions.

Investigators then focused on the theory that some of the bribe funds - effectively taxpayers money - returned to France through offshore companies and were used to finance the pre-election campaign of Prime Minister Édouard Balladur, who was running for president.

Balladur lost to Jacques Chirac and the new 1995-2002 government cancelled the payments of the ‘commissions.’ The bus attack was allegedly ordered by high-ranking local Pakistani intermediaries who ended up not being paid.

Among the six defendants that were put on trial on Monday was Thierry Gaubert, former assistant to Nicholas Sarkozy, who was budget minister in 1994, when the deal was made, as well as Nicolas Bazire, Balladur’s former presidential campaign director

Meanwhile, Balladur and his former defense minister Francois Leotard will also be tried by the Court of Justice of the Republic, a separate tribunal that hears cases of alleged misconduct by ministers and prime ministers in the course of their duties. They have been charged with complicity in the alleged misappropriation of part of the proceeds of the arms deals.