Estonia As The Example How To Fight Corruption

Estonia manages to control corruption better than any other emerging country in Europe, according to new research from the World Bank. 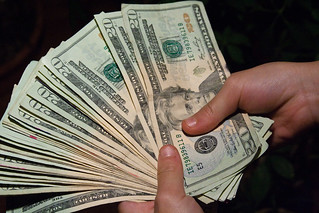 Poland and the Czech Republic round out the top five countries with scores of 74.52 and 69.23, according to the report.

The worst rankings fell to Azerbaijan and Ukraine, with scores of 21.63 and 18.27 respectively.

According to the 2018 Transparency International Corruption Perceptions Index, Estonia is one of the least corrupt countries in the world, having been ranked 18th among 180 countries, higher than France, Ireland and Portugal.

“Most of Estonia’s public institutions are characterized by high levels of integrity and transparency. Facilitation payments are prohibited under Estonian law, and the same applies to  gifts and hospitality in return for services,’’ Business Anti-Corruption Portal said.

According to the organization, the people of Estonia also have a lot of confidence in the police, thanks to a state system which has found a way to cope with police corruption and to adequately punish those who accepted bribes.

“The government of Estonia has established effective mechanisms to detect and punish abuse of office and corruption within the police force.’’

The closest to the perfect score was Denmark with 88, followed by New Zealand with 87 and Finland with 85. Singapore, Sweden and Switzerland also scored 85.

But Transparency says it’s concerned about the dwindling number of countries improving their anti-corruption scores.

“Throughout the world, political leaders who run on a populist platform are gaining power and undermining democracy. High corruption rates can contribute to increased support for populist candidates,” body concluded.