After having denied wrongdoing for more than a year, US Congressman Chris Collins resigned on Monday and pleaded guilty on Tuesday to conspiracy to commit securities fraud and lying to federal investigators, according to multiple media reports. 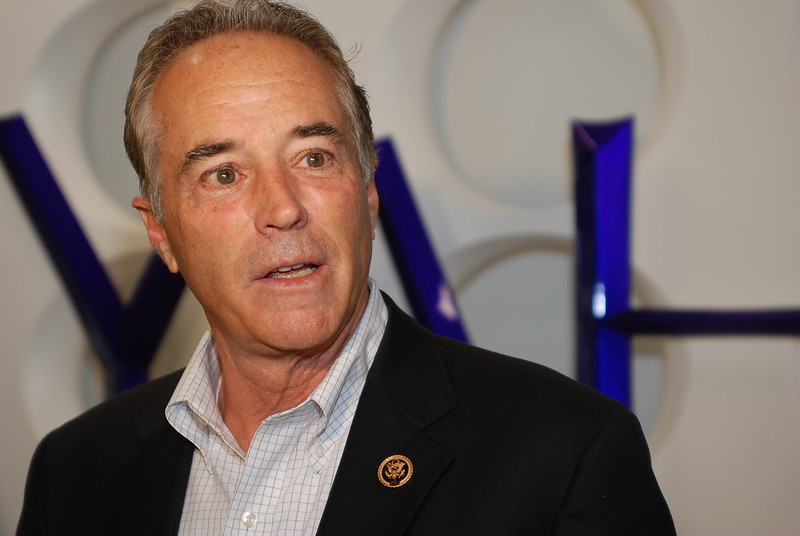 Former NY Representative Chris Collins. Photo: Yahoo! Inc, Creative Commons 2.0Collins was narrowly reelected in Nov. 2018 while under indictment. He had previously pleaded not-guilty, but now appears to have changed his plea in order to avoid a broader set of charges from the superseding indictment, including securities fraud, conspiracy to commit wire fraud and wire fraud, according to a report from CNN.

The elder Collins came into possession of non-public information regarding a failed clinical trial at pharmaceutical company Innate Immunotherapeutics Limited, which he was able to acquire thanks to his position as a board member of the Australian company.

He passed along that information to his son, Cameron Collins, who then allegedly sold thousands of shares of the company’s stock before the drugmaker issued a press release about the failed trial. Cameron Collins saved more than $570,000 by trading on the tip, according to prosecutors.

Collins previously came under scrutiny in 2017 as part of a probe by the Office of Congressional Ethics, which later concluded that Mr. Collins had potentially violated federal law as well as House ethics rules.

After Collins was indicted last August, then House Speaker Paul Ryan stripped him of his seat on the Energy and Commerce Committee. The House Speaker also asked the House Ethics Committee to investigate the allegations.

Collins faces a prison sentence of up to 10 years. Meanwhile his son and the father of his son’s fiancée, Stephen Zarsky, are expected to plead guilty to related charges later this week.

Cameron Collins had advised Zarsky and Zarsky’s daughter to sell their shares, prosecutors said, and Zarsky also passed the tip to others. Cameron Collins’s fiancée was not charged, according to the New York Times.