A former Mexican Attorney General was convicted of protecting and facilitating a cartel’s drug trafficking activities and has been sentenced to 20 years in prison, according to a Thursday press release from the U.S. Attorney’s Office in the Eastern District of New York. 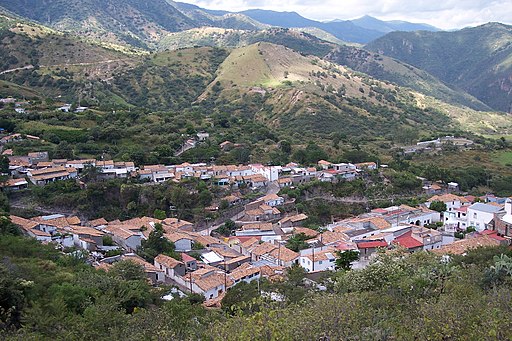 La Yesca, a municipality of Nayarit, Mexico (Photo: Christian Frausto Bernal, CC BY-SA 2.0)Edgar Veytia, who had served as the State Attorney General in the Pacific state of Nayarit, Mexico, helped the H-2 cartel transport thousands of kilograms of illegal drugs into the United States. The imports included marijuana, heroin, cocaine and methamphetamine.

Between 2013 and 2017, Veytia received monthly bribes, instructed other corrupt officials to provide aid to the H-2 cartel, released drug traffickers from prison, and undermined competing organized crime groups by ordering wiretaps and arrests.

The H-2 cartel, which regularly employed lethal force to advance their drug trafficking operation, also enlisted Veytia’s support in the cover-up of a rival trafficker’s death in 2015.

“Veytia abused his position in the government and protected drug traffickers who brought dangerous drugs through his country to the U.S. on behalf of a violent Mexican drug cartel," stated FBI Special Agent-in-Charge Dunham, as quoted in the release.

Up to 90 percent of illicit drugs entering the country come through major ports of entry along the Mexican border, according to Gil Kerlikowske, former Commissioner of U.S. Customs and Border Protection.

It is difficult to determine exactly how much money is made from international drug trafficking, but a 2017 report from Global Financial Integrity estimates that the practice rakes in $426 billion and $652 billion per year.