The US Captures a “Cocaine sub’’ in the Pacific Ocean

A US Coast Guard crew captured a 40-foot (12-meter) long submarine on Tuesday that was carrying nearly 5.5 tons of cocaine worth US$ 164 million. 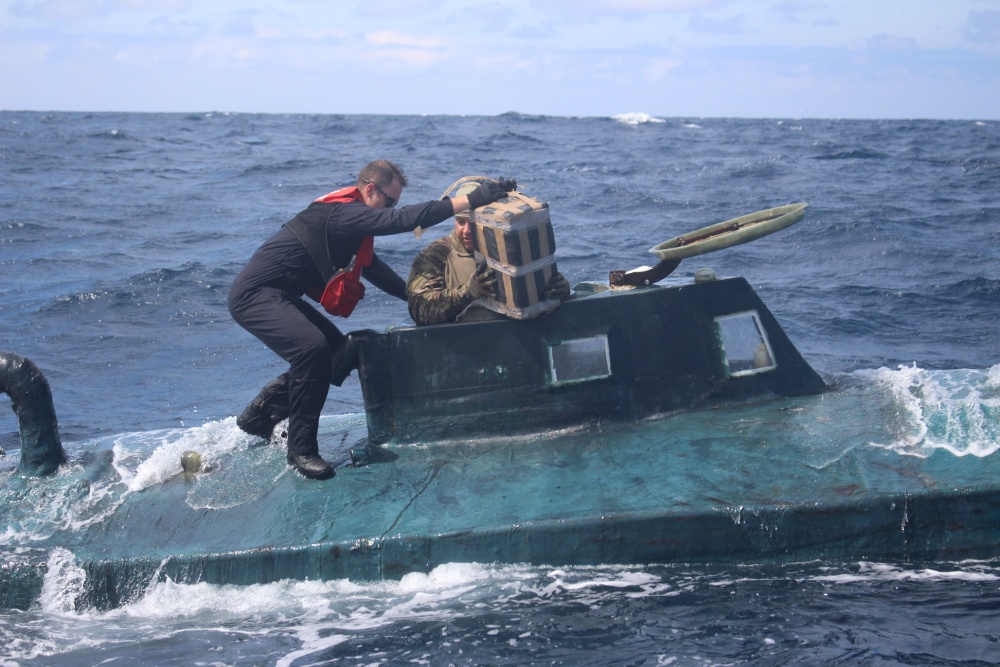 With the help of Colombia's NAVI, authorities apprehended four suspected drug smugglers and seized the cocaine.

"The joint boarding successfully stopped a drug smuggling vessel and also strengthened international relations and communications between the two partner nations," the Coast Guard said in a statement.

According to local media, the four captured men are being prosecuted by the U.S. Attorney's Office in Tampa for possession with intent to distribute cocaine.

It is still unknown where the submarine is from.