Croatian movie director Dario Jurican announced last week that he has officially changed his name to Milan Bandic - the name of the current mayor of the country’s capital of Zagreb - and that he will run for presidential at elections in December, Croatian News Agency HINA reported. 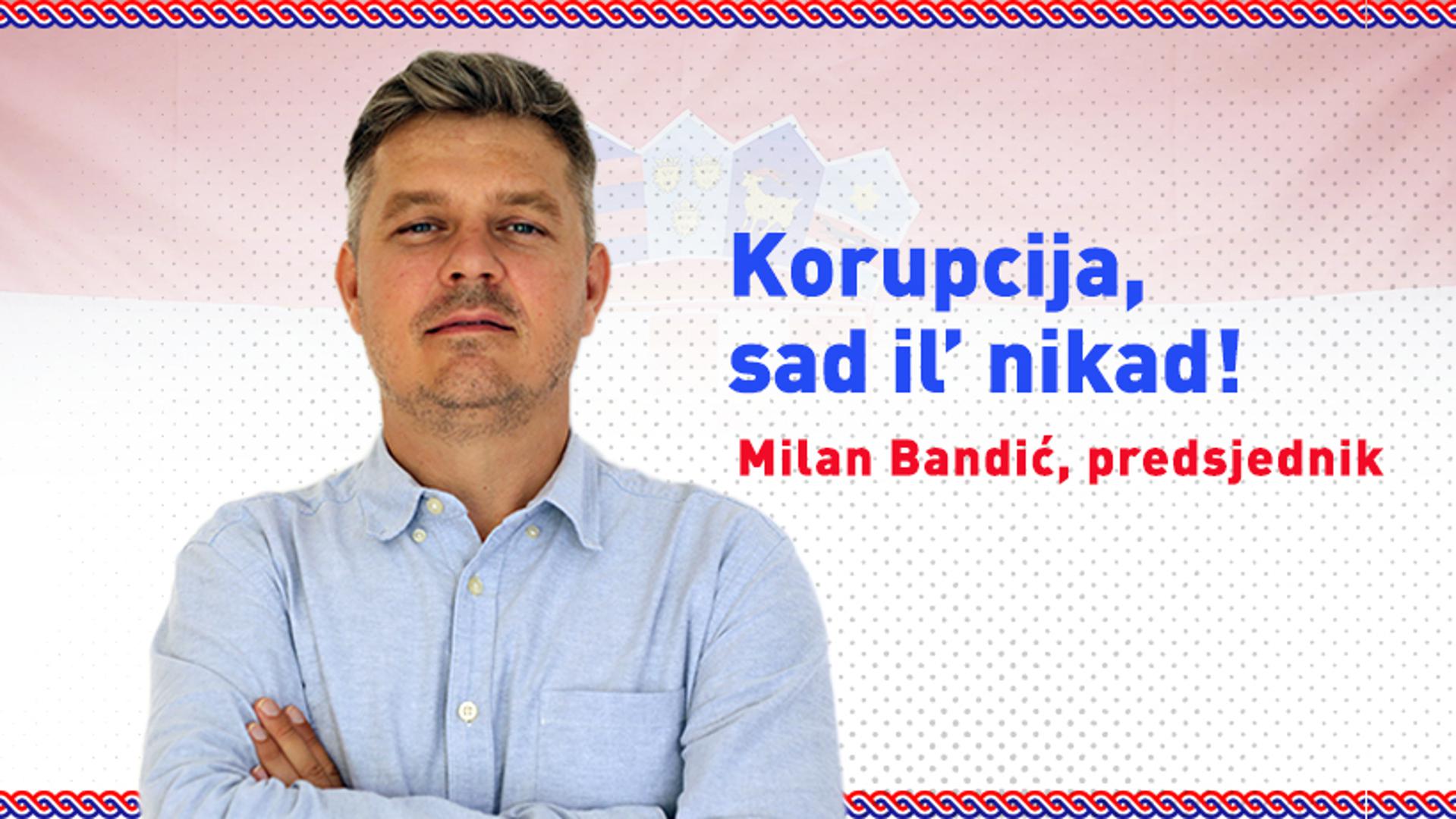 “Corruption for everyone, not just for them.”

The sarcastic move aims to draw attention to the widespread corruption in Croatia.

Posters prepared for plastering ahead of elections promise voters they too could benefit from corruption - something that should no longer be the privilege of the well-connected few.

The director has not publicly explained why he chose the name of the Zagreb mayor, who is in his sixth mandate. However, his latest movie “Kumek” (the Godfather) is about Mayor Bandic and talks about how he gets away with what he does, including evading punishment for traffic accidents he caused.

“Kumek” is the director’s third movie about leading Croatian tycoons, with the first two titled “Gazda” (The Boss) and “Gazda1” being about Ivica Todoric, the former owner of the country’s largest company Agrokor, and Miroslav Kutle, owner of several firms and media outlets. Both are charged with severe financial embezzlements.

The premiere of his movie is scheduled for February and his candidacy is not an attempt to promote it, he said.

“The elections are not a movie trick, but the top reach of democracy… I’m here to strengthen that democracy and make it closer to the people,” he said.

If elected, the director said he will initiate the establishment of a “Central Ministry of Corruption,” demand the Constitutional protection of corruption and declare Croatia “an exclusive corruptive belt.”

Presidential candidate Bandic, as he told the Vecernji List daily, was given “an evangelical mission to spread corruption.”

He added sarcastically that corruption is in the hands of the elite circles only and that he, Milan Bandic, wants to return it to “the little corrupt men.”

In the same manner he stressed that as president he plans to initiate a “Croatian Space Program.” Various Croatian governments spent some HRK15 billion (US$2.2 billion) investing into the dying shipbuilding sector. He believes that amount would be enough to reach the Moon.

Corruption remains a problem in Croatia and the country is considered as one of the 13 most corrupt EU states.

Each year, according to a report of the Greens in the EU Parliament, Croatia losses more than €8.5 billion ($9.35 billion) or some 13.5% of the country’s GDP to corruption.

Dario Jurican, as of recently known as Milan Bandic, believes his sarcastic pro-corruption messages will help raise awareness of the plague. Transparency International’s branch in Croatia stated in an analysis last year that corruption was destroying the country, while “real fight against it doesn’t exist.”