The harassment of the former governor of Ukraine’s National Bank who revealed the biggest corruption scandal in the country has not stopped even after she was forced to leave her country and find refuge in London. 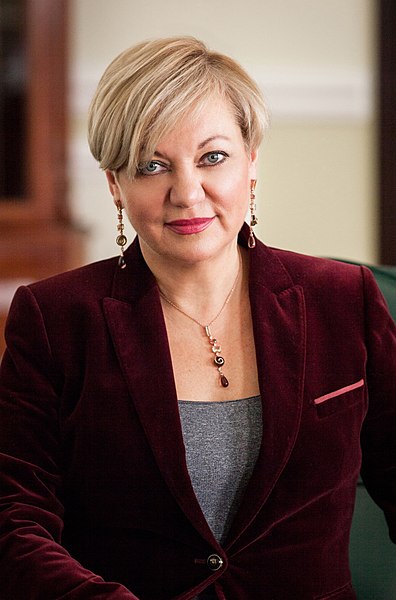 “A bottle of fuel mixture has just been thrown into our house near Kyiv… the house is on fire,” she told the paper and added that the fire engulfed the whole building.

The video of Gontareva’s home in flames appeared on local portals, showing firefighters trying to curb the fire that was consuming the building in the village of Gorenichi, some 15 kilometers west of the capital.

“The house is completely burned down… I no longer have the strength to deal with this all,” said Gontareva, who now lives in London and is afraid of going back to Ukraine.

Gontareva was hospitalized with multiple injuries after a car hit her on a pedestrian crossing in London in late August, media reported. The UK police, according to the report, has been investigating whether the accident was an attack.

Earlier this month, as the Kyiv Post reported, the car of Gontareva’s son was torched in Kyiv, while only a few days before the arson, a group of masked men armed with assault rifles allegedly raided her empty home in Kyiv.

In March 2018, Valeria Gontareva revealed the alleged theft of US$5.5 billion from PrivatBank, once the country’s largest commercial lender. The suspected masterminds are the bank’s two oligarch owners: Igor Kolomoisky and Gennadiy Bogoliubov, who stand accused of absconding with an amount roughly equal to 5 percent of the country’s gross domestic product.

Gontareva has been blaming Kolomoisky and his allies for the hostile acts against her and her family, saying he was threatening her. The controversial oligarch has denied her allegations.