Vietnamese Ex-Ministers Accused of Taking US$3 Million in Bribes

Vietnamese authorities accused a former information minister and his successor of taking more than US$3 million in bribes in exchange for signing and implementing a suspicious contract with state-owned telecom, MobiFone, local media reported on Tuesday. 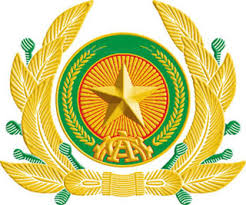 The Ministry of Public Security in VietnamNguyen Bac Son and Truong Minh Tuan allegedly received the funds from Pham Nhat Vu, ex-chairman of Audio Visual Global JSC (AVG), to speed up the deal and ensure that  MobiFone is the next owner of AVG.

The investigation revealed that MobiFone bought 95% of private company AVG. The Ministry of Public Security said they want to charge both for giving and accepting bribes and "violating regulations on management and use of public investment, causing serious consequences.’’

According to local media, police announced that Son “abused his position, for personal purposes and caused serious damage.”

Son was the minister when the VND 8,900 billion (US$384,342.7125) deal was signed in December 2015. His deputy Tuan approved the contract without seeking permission from the Ministry of Public Security.

Vu admitted giving $2,5 million to a former MobiFone’s executive so as to ensure that the agreement is put into effect.

A number of other officials have also been charged after police released findings of their inquiry on Tuesday.