The incoming mayor of the northern Albanian city Shkodra was forced to resign on Thursday after an opposition party exposed his past conviction on drug-related charges, Balkan Insight reported. 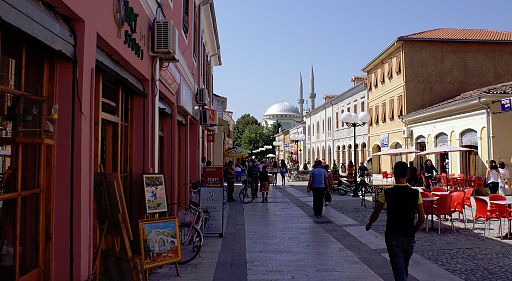 Street in Shkodra, Albania (Photo: ich, CC BY-SA 3.0)Valdrin Pjetri, who was to become the city’s first Socialist mayor, had allegedly received an 18-month suspended sentence for “the production and illicit trafficking of narcotic drugs” in Florence, Italy, 16 years ago. The Democratic Party released what they believe to be the official documents of the arrest on Tuesday.

According to Albania’s “decriminalization law,” which passed in December 2015, no individual convicted of serious crimes can hold public office, and if convicted of less serious crimes, potential officials must disclose their criminal history. The law represented an intensive effort to rid Albania’s public institutions of corruption and ties to organized crime.

Having not reported his offense, Pjetri made himself ineligible for the mayorship. However, he considers the crime insignificant, saying that a “banal event,” among friends and fellow students was taken out of context.

The resignation falls in the wake of a June boycott on Albania’s general elections, in which the Democratic Party had refused to run against the Socialist candidates backed by Prime Minister Edi Rama, reported the BBC. The Democratic Party had accused Rama of corruption, electoral fraud, and involvement with organized crime groups, though the Prime Minister has dismissed their accusations.

For his part, the Albanian president, Ilir Meta - who attempted to cancel the June 30 elections - does not recognize their results. Meta and Rama had once maintained a tenuous alliance between their two parties - the Socialist Party and the Socialist Movement for Integration - but now the Prime Minister has begun to make a concerted effort to impeach his political counterpart.

Pjetri’s resignation is a blow to the reputation and power of the Socialist Party.