UK Probes Wealth of Woman Suspected of Ties to Criminals

A woman from Northern Ireland with a portfolio of luxurious properties worth US$3.8 million has been ordered to disclose the origins of her fortune, the National Crime Agency announced in a press release Wednesday. 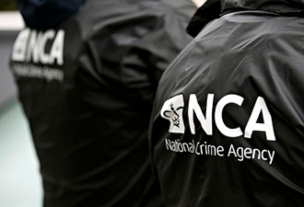 The National Crime Agency has issued its fourth UWO (source: NCA)The Unexplained Wealth Order (UWO) against the woman was issued as part of an investigation into how she bought four houses in London and two in Northern Ireland.

The UWO is a power introduced in 2017 and allows authorities to force someone to reveal where he got his money from. It was designed to target foreign officials suspected of corruption and who may have laundered some of their money in the UK.

The National Crime Agency has not identified the woman but has said that she is suspected of having ties to organized crime groups, including members that have been involved in paramilitary activities and cigarette smuggling.

“We are determined to identify and prioritise the cases which have the biggest impact on tackling serious and organised economic crime. Criminally obtained assets undermine the integrity of the UK’s economy and institutions,” Sarah Pritchard, Director of the National Economic Crime Centre, said in the press release.

“We will use all the powers available to us to target those we suspect are trying to launder money and will explore every opportunity to deny assets linked to illicit finance,” she added.

Those powers include Interim Freezing Orders, which were granted by the high court in order to prevent the woman from attempting to transfer or sell the properties until the investigation has concluded, according to The Guardian. If she fails to provide adequate proof that her properties were purchased with legal funds the assets will be seized by the authorities.

Andy Lewis, Head of Asset Denial at the NCA, noted in the press release that this is the fourth UWO issued by the agency.

“We do not investigate illicit finance based on monetary value alone. This latest order shows that we will act against those who we believe are causing the most harm to our communities,” Lewis said.