Police in Hong Kong arrested six people on Monday suspected of having participated in a mob attack against people on the subway the night before. 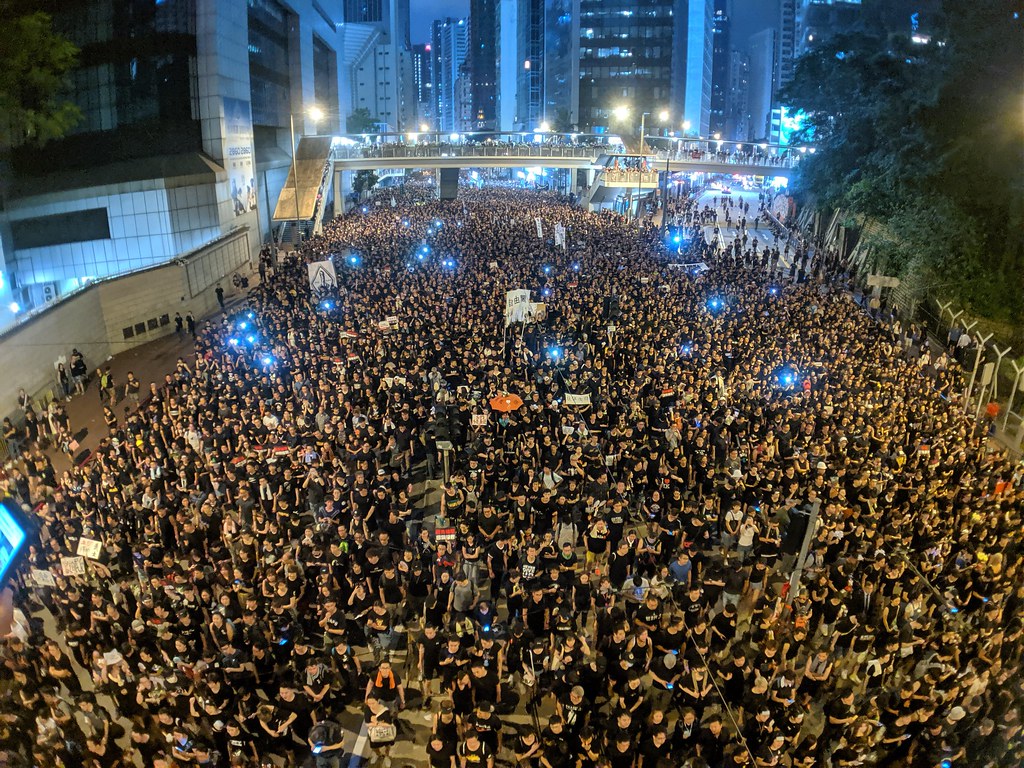 Hong Kong Protest in June (Source: Studio Incendo (CC BY 2.0))Authorities say the men, between the ages of 24 and 54, are being investigated for their motives in attacking people at the Yuen Long MTR Station who were on their way home Sunday night from protests relating to the extradition bill, according to CNN.

Police officials told local media that the suspects have ties to the Triad organized crime group.

Videos posted on social media show men wearing white shirts and surgical masks attacking protestors in black shirts with bats, umbrellas and rods. At one point, the attackers even got on a subway car and began beating passengers.

At least 45 people were injured and one person is in critical condition, according to Hong Kong's Information Services Department.

The protests started in March over a bill that would allow Hong Kong citizens to be extradited to China for criminal prosecutions, violating the “one country, two systems” structure set up after Hong Kong independence in 1997. Although Hong Kong is part of China, it does not share the same government and has different laws.

Earlier on Sunday, police had fired tear gas into a crowd of protestors in Sheung Wan after they had thrown bricks, smoke bombs and injured officers. Since Sheung Wan is an hour from the MTR Station, it took police that long to respond to the station attack.

Because of the slow response time, pro-democracy lawmakers on Monday began to speculate that the police had actually paid the men to incite violence.

Police Commissioner Stephen Lo told CNN that the police denied any accusations of paying the Triad group to send thugs to the metro station.

The Triad gang originated in Hong Kong during the 1900s and have historically made their money through drug trafficking and extortion. Police believe there may be over 100,000 Triad members working in Hong Kong.

The belief that police have been paying Triad members to incite violence during protests comes from a 2017 study, which showed low-level Triad members had been paid to disrupt the 2014 Umbrella protests.

Becoming “thugs for hire” provides a new line of business for Triad and the study concluded the gang had been paid by people with connections to the Hong Kong government.