The United Kingdom generated an additional US$42 billion over the past fiscal year by cracking down on corruption and tax evasion, the country’s tax authority announced last week. 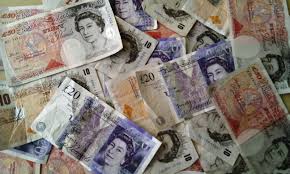 “We want the tax system as a whole to support and encourage customers to get things right – but we're also cracking down on the minority who deliberately bend or break the rules,” the report states.

For the tax authority, tackling tax evasion has taken on various forms. One of the ways HM Revenue & Customs recovered the hidden funds was by working with the Common Reporting Standard (CRS), an international information exchange system that allows tax authorities to access data about citizens’ finances.

According to the report, in 2018 CRS revealed more than five million accounts to HM Revenue & Customs that were tied to UK taxpayers with offshore financial interests. Overall, the tax authority collected $3.6 billion by tackling offshore tax initiatives alone.

HM Revenue & Customs stated in its report that they view their role in preventing tax evasion and non-compliance as being intimately tied to the UK’s future.

“We have an important role in delivering wider government priorities, not least because the taxes we raise fund public services and infrastructure investment – but we also work proactively with other departments to achieve shared priorities, such as tackling crime, supporting the economy and preparing for the UK leaving the EU,” the report said.