Puerto Rico’s Center for Investigative Journalism published a story on Thursday that claims three members of the Governor Ricardo Rossello’s infamous Telegram chat have made millions off their proximity to the Governor. 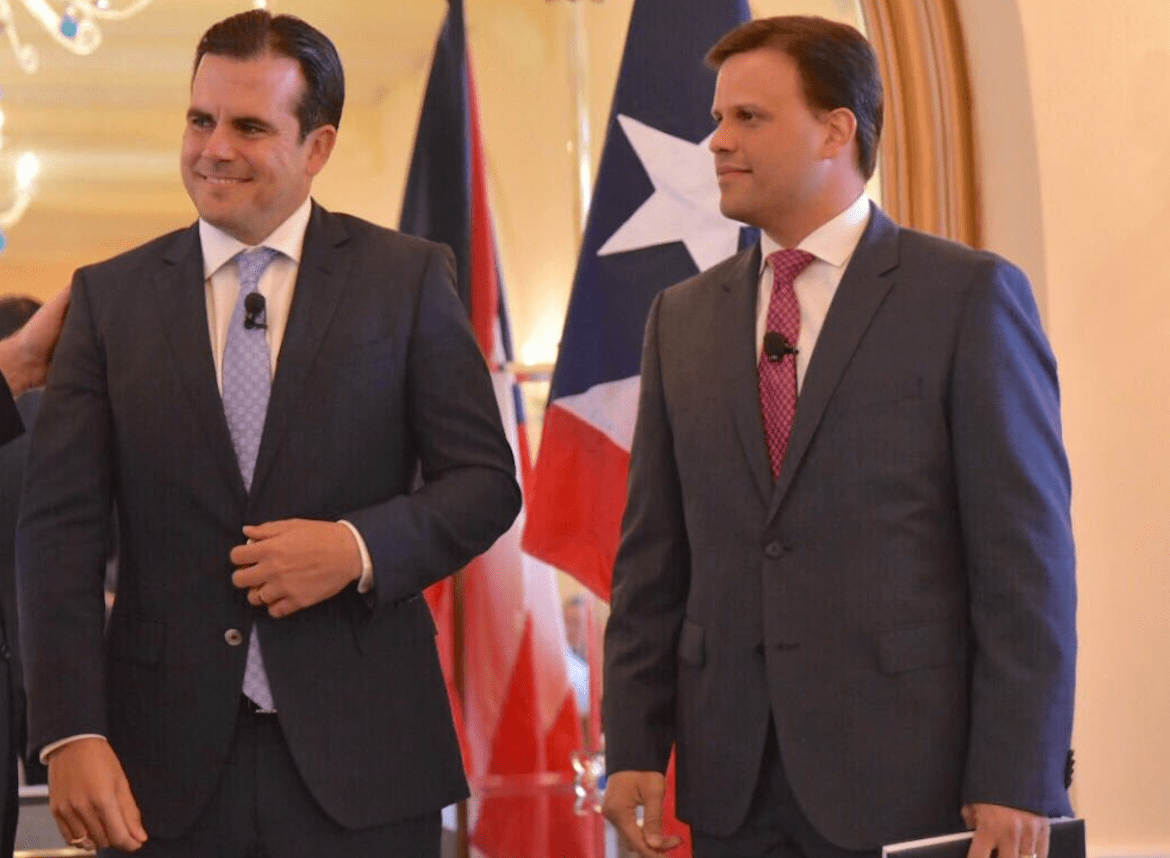 Governor Ricardo Rossello and friend/lobbyist Elias Sanchez, who was one of the subjects in a journalistic investigation published on Thursday (@RicardoRosello, Twitter)“The main scheme is composed of these three figures - Elias Sánchez, Carlos Bermúdez and Edwin Miranda - who, on paper, operate as ‘private citizens’ and ‘contractors’, but who in reality constitute the government's leadership, with more power than any of the cabinet secretaries,” the report reads.

These friends and advisors have determined appointments and firings within the government, controlled the government’s public image, and positioned their clients and friends to benefit from the Governor, the investigation claims.

“Although he does not have direct contracts with the government, Sánchez, who has the closest connection with the Governor, controls the majority of large contracts, placing his clients in most agencies and charging commissions of up to 25% of the amount of the contracts that have reached $50,000 a month,” the report reads, relying on four witnesses.

The reporters claim that sources close to the FBI have told them that the arrests of unidentified members of Rosello’s administration are iminent, following the six arrests on July 10th.

Tens of thousands of protesters have stormed the streets of Puerto Rico, and especially the steps of the governor’s mansion, demanding his resignation. On several occasions the police have fired tear gas and used other suppression methods on activists, but still calls for Rosello’s resignation echo.

Presidential candidates are starting to take stances on the island’s corruption allegations as well.

“I know the people of Puerto Rico well, and they are great. But much of their leadership is corrupt, & robbing the U.S. Government blind!” President Trump tweeted on Saturday, attacking the Governor and mayor of San Juan, who he grappled with following Hurricane Maria. He also claimed that the federal government gave $92 billion dollars to the island, totalling more than Texas and Florida which were hit with similar hurricanes in 2017.

Senator Bernie Sanders rejected Trump’s assault on Mayor Carmen Yulin Cruz, but made sure to note that “I stand with all Puerto Ricans to demand an end to corruption and the full support of the federal government.”

“I stand with Puerto Ricans who are taking to the streets this week to protest government corruption & Governor @RicardoRossello's deeply offensive comments. His actions are hurtful & undermine the public trust,” Senator Elizabeth Warren also tweeted.