Kazakh police detained poet Ramil Niyazov as he held a one-man anti-government protest on Thursday in Almaty, holding a banner that read “Publicity discloses the insignificance of authoritarianism. Nazarbayev, 1987.” 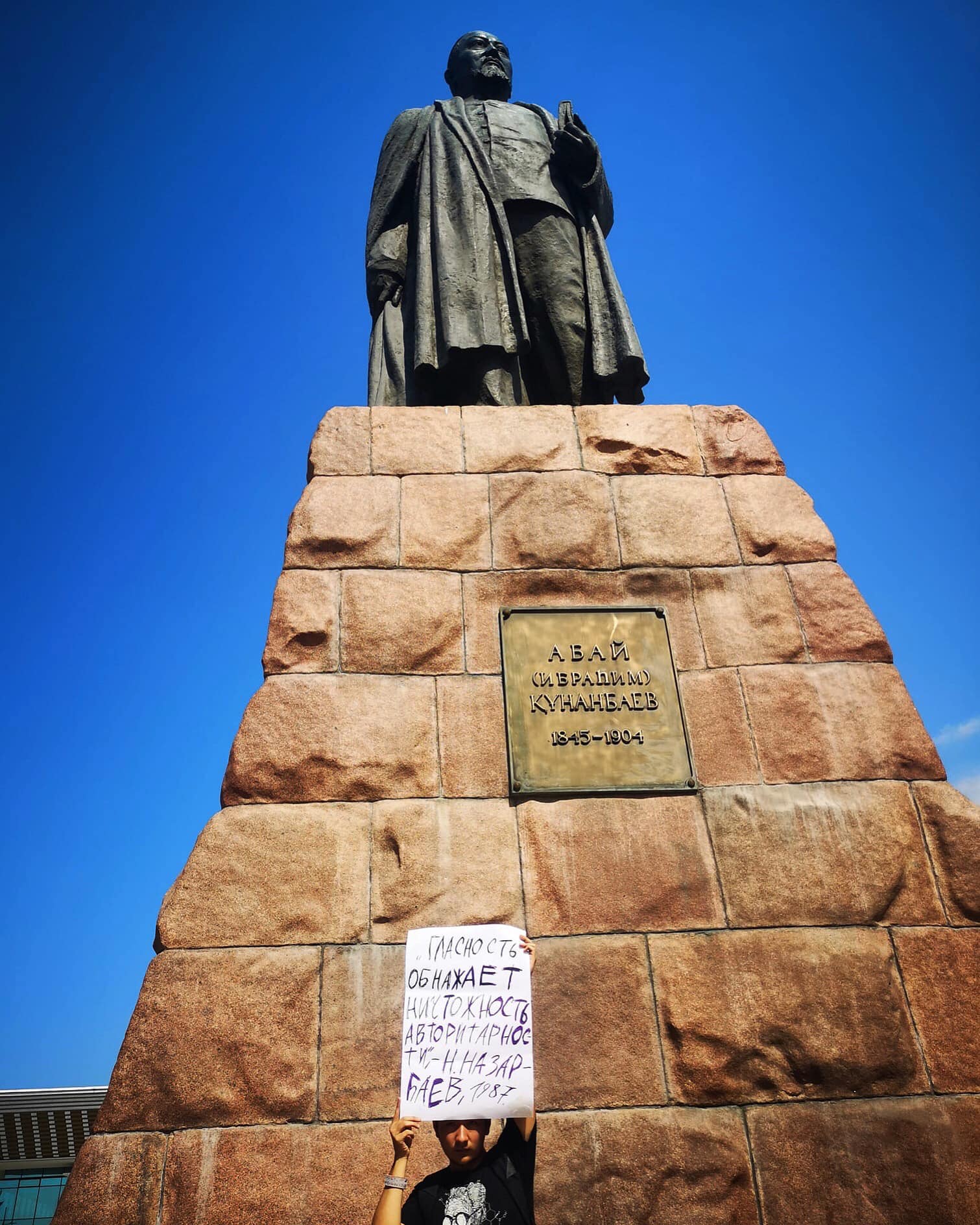 Ramil Niyazov during his one-man protest (Source: Facebook)Many archived media interviews mention the quote by the former president of Kazakhstan, Nursultan Nazarbayev, who resigned in March after almost 30 years in power. The quote is pulled from an interview Nazarbayev did in 1987, while chairman of KasSSR Council of Ministers, with Nations Friendship, a former Soviet Union literary magazine.

Niyazov explained the reasons for his protest on social media.

“I’m tired of two things. First that we need a permit for holding a rally which I think is undemocratic,” Niyazov declared. “Second of how the officials want to establish contact with so-called ‘protesting youth’ but on their own terms - asking them to hold rallies, public gatherings or public hearings.”

An hour after unwrapping his banner, Niyazov was detained for protesting without a permit.

In an interview with OCCRP, he said he was questioned about possible connections with DVK, the opposition movement led by Mukhtar Ablyazov that is prohibited in Kazakhstan. He was also asked about his relations with “Oyan, Kazakh,” another opposition group which has gained momentum recently in the country, and other possible figures who could stand behind Niyazov’s actions. He denied all connections.

Niyazov was released after three hours but he had to write an explanatory report.

In the lead-up to the June election, other Kazakh activists held standalone protests to show their disagreement with the current political situation in the country. During an April marathon, two activists received 15-day sentences after holding a banner stating, “You cannot run away from the truth.”

Several weeks later before the elections, in separate instances, two activists were arrested for quoting the Kazakh constitution and for holding a blank poster.