Italian crime clans have been served a cold dish of revenge this week with authorities in Italy and Canada arresting 27 mafia suspects on Thursday, a day after US and Italian police nabbed 19. 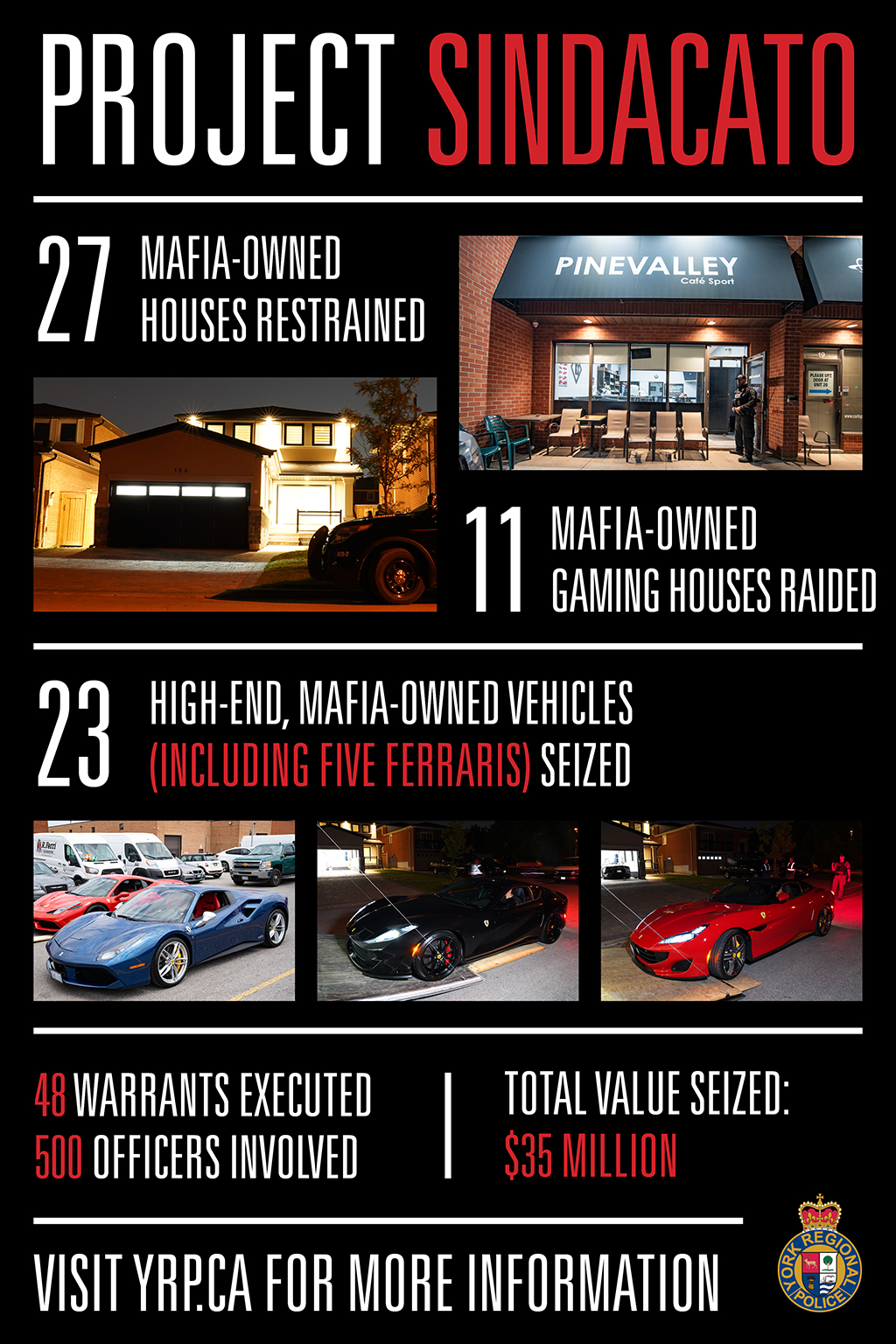 Canadian police arrested 15 suspects for money laundering and illegal gambling, including nine top-level members of the Figliomeni crime organization, a part of the Siderno crime group. They also seized more than CAD$35 million (US$27 million) in assets, including cash, 27 houses, five Ferraris and 18 other luxury cars. Just one of the Ferraris had an estimated value of US$672,000.

“These arrests signify the fall of power for the most significant ‘Ndrangheta crime family operating in York Region,” said Chief Eric Jolliffe.

Angelo Figliomeni, 56, the leader of the group, conducted his crimes by using Canadian accounting firms, and real estate and construction companies, to launder thousands of dollars, according to police. Casinos acted as the main front to the laundering operation.

“The subjects could then leave with thousands of dollars each night under the guise of successful casino play,” Detective Sergeant Carl Mattienen said during a Thursday press conference.

Figliomeni is being charged with money laundering, tax evasion, defrauding the Canadian government and directing a criminal organization, according to police.

Canadian police coordinated with Italian state police, which led to the additional arrest of 12 suspects with connections to the Siderno group in Italy.

On Wednesday, Italian police and the FBI arrested 19 members of two Italian Mafia clans that were trying to build up their criminal power in Palermo while maintaining their connections in the United States.