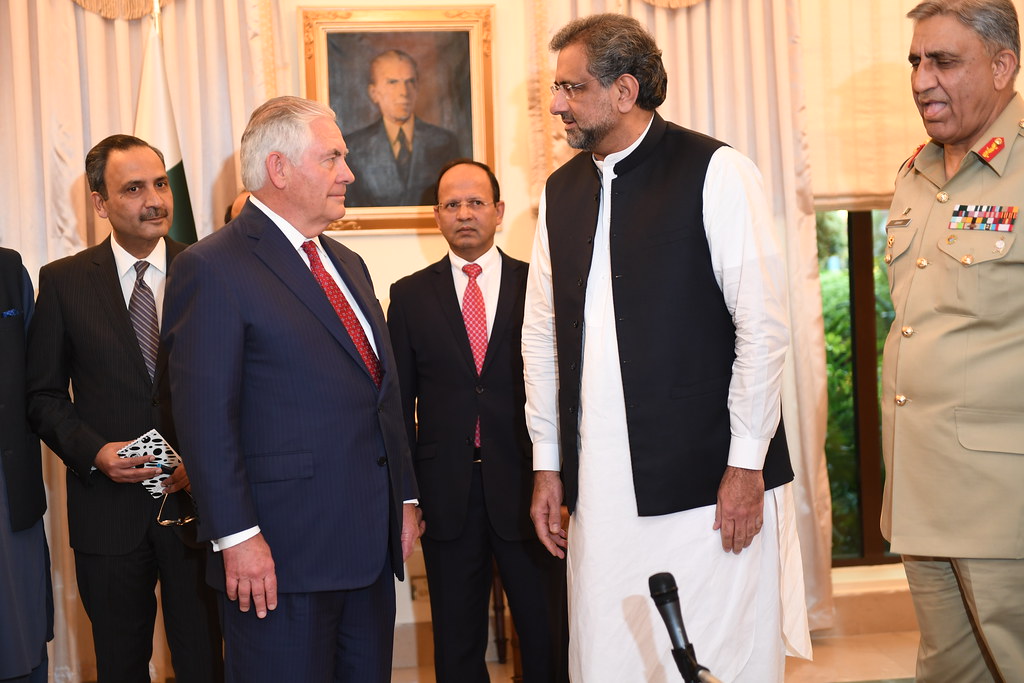 (Prime Minister Abassi with U.S. Secretary of State Rex Tillerson in 2017 / U.S. Department of State)In a statement, the National Accountability Bureau spokesperson confirmed Abbasi's arrest, which is part of a graft investigation initiated last year over the import of liquefied natural gas (LNG) from the gulf state of Qatar.

Abbasi, 60, who served as prime minister of the country from August 2017 to May 2018, was arrested in the eastern city of Lahore and will be presented before an anti-corruption court. In 2018 his party, the Pakistan Muslim League-Nawaz (PML-N), lost to Khan, a former cricket star who ran on a populist anti-corruption platform.

Following Abassi’s arrest on Thursday, Sharif’s daughter, Maryam Nawaz Sharif, who has been questioned for tax evasion in the past, tweeted "another elected prime minister has been arrested. Will anyone else coming to power by vote also face the same lawlessness, humiliation, and injustice?”

Ahsan Iqbal a senior PML-N leader who accompanied Abassi during his arrest, blamed Imran Khan for only targeting opposition in the name of accountability, and compared him to Hitler.

The Sharif's PML-N party is currently locked in a harsh impasse with Khan's government, and last week the PML-N shared a video that questioned the judicial impartiality in the country.