Alejandro Toledo, one of the four former Peruvian presidents to have been caught up in Latin America’s Lava Jato anti-corruption probe, was arrested in Redwood City, California on Tuesday, nearly two years after Peru first filed extradition requests. 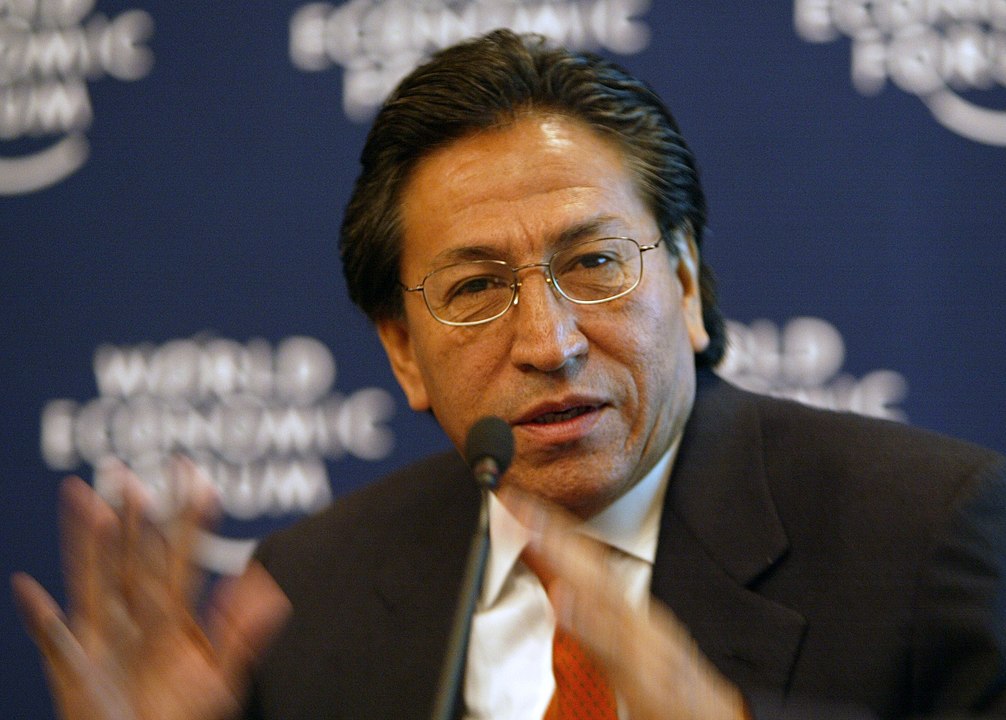 Toledo is accused of taking $20 million in bribes (World Economic Forum)Toledo, who referred to himself as “El Cholo” for being Peru’s first indigenous president, held office between 2001 and 2006 and oversaw a huge economic boom in the country.

He also allegedly took up to US$20 million in bribes from Odebrecht, a giant Brazilian engineering conglomerate that was trying to secure a profitable highway-building contract during his term.

Odebrecht is popularly viewed as the nexus of “Lava Jato,” also known as “Operation Car Wash,” a historic and ongoing trans-national anti-corruption probe that has so far led to the arrest of over 100 prominent politicians, officials, and executives in Latin America.

In 2016 Odebrecht executives pleaded guilty to their massive bribes-for-contracts scheme, with CEO Marcelo Odebrecht telling US federal judges that of the $800 million it paid in bribes across the continent, the company doled out $29 million to Peruvian officials between 2005 and 2014.

The two other presidents who held power during this period, Alan Garcia and Ollanta Humala, have also denied allegations of corruption. Garcia killed himself this past April over the probe.

Toledo was directly swept up in the Lava Jato investigation in February 2017, when Peruvian authorities raided his home and allegedly turned up evidence that he had accepted and tried to hide bribes from Odebrecht.

He has since been a “political fugitive” in the United States, working as a visiting professor at Stanford University.

Peruvian authorities issued a warrant for his arrest six days after the raid, and later offered a $300,000 reward for his capture. Until Tuesday, however, the U.S. declined to detain Toledo.

Toledo’s bail hearing will take place on Friday, according to Peru’s Public Ministry.

Speaking on Toledo’s detention at an event Tuesday night, current Peru President Martin Vizcarra echoed an aphorism that has become a popular refrain in the past few years of Lava Jato-related arrests: “La justicia tarda, pero llega”; “justice takes time, but it arrives.”