The Dutch police conducted a major internal cleanup that saw dozens of officers dismissed or arrested for corruption and breaches of official secrecy, the Dutch News reported on Monday, stressing that the weeks-long operation was just the “tip of an iceberg.” 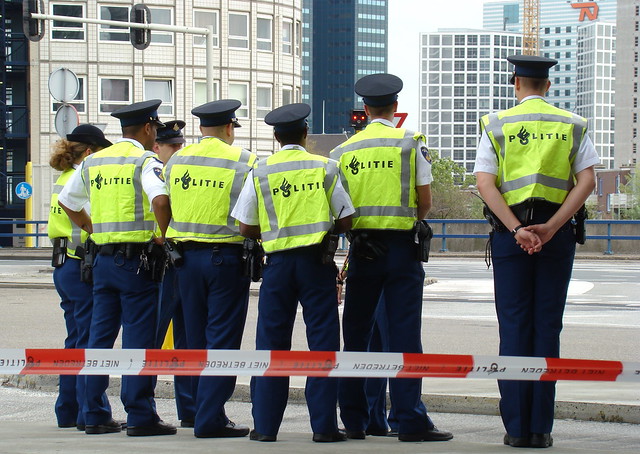 The Netherlands starts a cleanup of its police force (Photo: Bas Bogers (CC BY-NC 2.0))The Algemeen Dagblad newspaper obtained an internal police report according to which “police divisions across the country were being infiltrated by organized crime, with 19 officers… in Utrecht found to have criminal links.”

According to the report, a senior police officer in Utrecht was connected with a gang led by Ridouan Taghi, who is suspected of drug dealing and “a number of underworld killings.”

The Utrecht police officer was allegedly bribed by Taghi’s gang to act as an informer, the NLTimes reported, quoting a key witness, Nabil B., a former member of the gang.

The suspected officer was reportedly paid thousands of euros “to search the police systems for specific persons or photographs and hand them over to the gang.”

The crooked cop was dismissed some two weeks ago, but Nabil B.’s allegations, as the report said, led to “a number of serious suspicions.”

A senior police officer and three other officers from his team were also fired in Limburg, due to “potentially unprofessional behavior,” in April, while last week a member of Amsterdam’s police, as media reported, was both suspended and arrested under suspicion of corruption.

The report also said that police officers in Amsterdam were suspended for professional misconduct in seven cases in the last two months.

The country’s Police Union (NPB) has recently warned that police should be more resilient against criminal influences.

“Our officers are being approached by stealth by criminals and it happens at every level. Officers need to be trained to deal with it in a good and responsible manner,” said Jan Struijs, the NPB’s Chairman.

Corruption and criminal activities are not the only problem the Dutch police have faced lately. Discrimination and bullying, according to media, are also present.

Carel Boers, hired to advise the Dutch police on its diversity policy, left the post last week, saying he feels the police leadership “is taking too little action against the harassment of gays, Muslims and women in the police.”

Boers, as media reported, informed the Dutch Justice Minister Ferd Grapperhaus about the problem, blaming the National Police Chief Erik Akerboom of “refusing to acknowledge or deal with the problem.”