Italian police said they detained three people and seized Nazi propaganda material and weapons, including an air-to-air missile, from a far-right group in northwestern Italy on Monday. 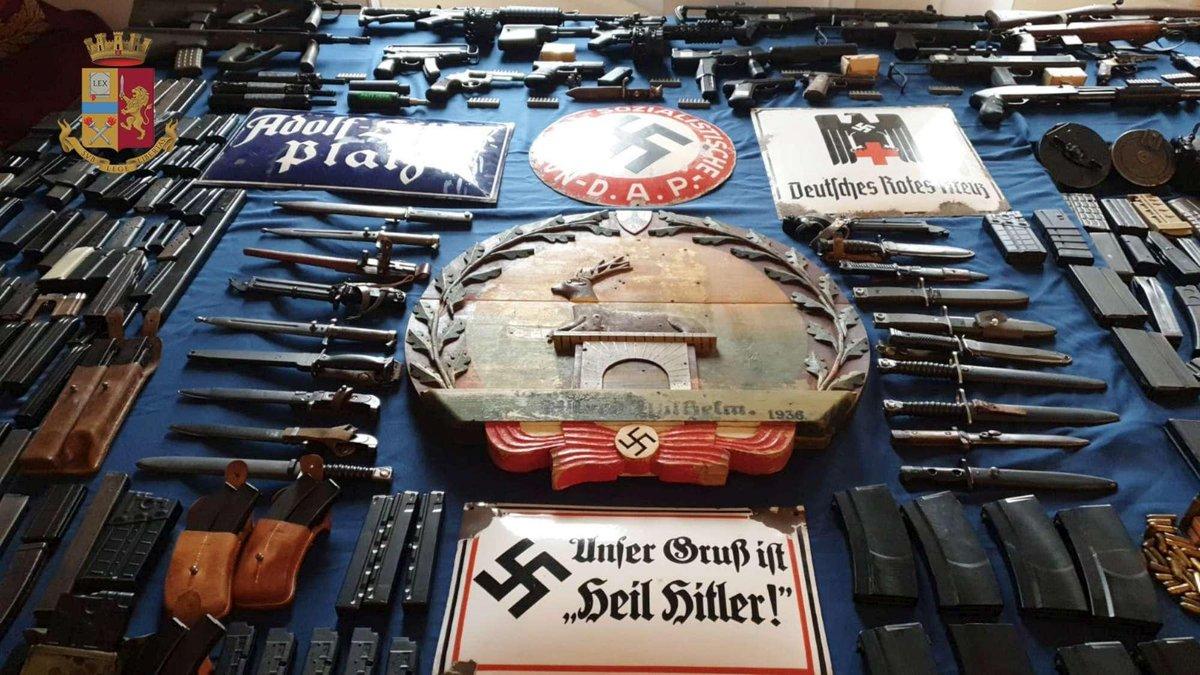 Raids were conducted in Milan, Varese, Pavia, Novara and Forlì as part of the year-long investigation into the neo-Nazi group.

Among the arrested was Fabio Del Bergiolo, 60, a former customs officer who ran for senate in 2001 as part of Forza Nuova, a far-right political party. He’d previously established a movement in the late 1990s for the free sale of weapons.

Police said they found most of the weapons and the Nazi propaganda in his house.

A series of WhatsApp messages, including photos, about the sale of the missile tipped police off. Alessandro Monti, 42, and Fabio Bernardi, 51, were arrested for trying to sell the missile.

Police found the missile 80 kilometers south of Milan near an airport in Rivanazzano Terme. A video shows police, their faces covered with masks, removing the missile from its protective casing.

The 11-foot French-made MATRA MP EM F20 S530 missile had no explosive charge, according to police, but they took every precaution to make sure the area was safe.

The MATRA, used by the Qatari armed forces, is an air-to-air missile, meaning it has to be launched from a plane. It’s unknown if the group had a plane at their disposal or if they meant to deploy the weapon.

Police believe members of the group have fought in the Donbass region of Ukraine. Fighting has been going on in the region since 2014 when Russia made an aggressive military move on their neighbors to the west.

Most of the weapons found were American, Austrian and German-made. It’s unknown how much the collection is worth and what the men's objective was.