Federal Court Rules in Favor of Trump in Corruption Lawsuit

On a cold January day in 1977, U.S. President-elect Jimmy Carter stood in front of his peanut warehouse and announced that in order to avoid any potential conflicts of interest while occupying the country’s highest office, he would be severing his ties to his family’s beloved peanut farm.

Forty years later, attorneys are struggling to compel President Donald Trump to do the same with his US$655 million global business empire. 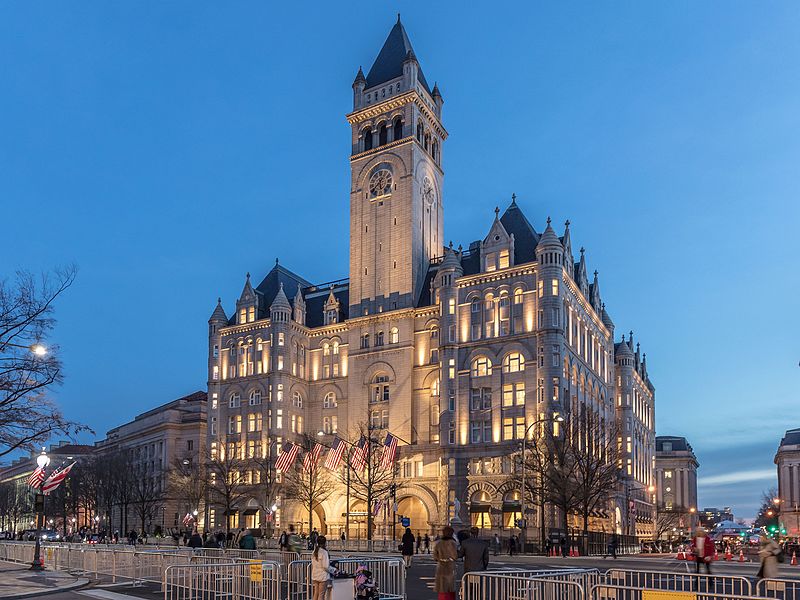 Trump’s Washington hotel sits mere blocks from the White House (James McNellis)On Wednesday, the 4th Circuit Court of Appeals unanimously dismissed a case that alleged that Trump’s 76% ownership in the luxury Trump International Hotel, which sits mere blocks away from the White House, is a violation of anti-corruption provisions in the constitution.

The hotel earned $40.8 million last year, according to 2018 financial disclosure forms, and has been used by the Kingdom of Saudi Arabia, the Embassy of Kuwait, and Georgia’s Ambassador and Permanent Representative to the United Nations, among others.

The case, which was brought by the Attorney Generals of Maryland and the District of Columbia, argues that in continuing to profit from the property Trump is violating foreign and domestic emolument clauses in the Constitution.

The District and Maryland also alleged that the hotel, by virtue of its ties to the U.S. President, is diverting business and potential wages away from competing hotels, and is therefore doing harm to people in their districts.

Prior to Trump’s election to office, no U.S. court has ever ruled on the emolument clauses, nor outlined how they might be enforced; a lack of precedent that was also noted by the appellate judges.

Nevertheless, the three-judge panel expressed strong skepticism of the suit, writing that “the District and Maryland’s interest in enforcing the emoluments clauses is so attenuated and abstract that their prosecution of this case readily provokes the question of whether this action against the president is an appropriate use of the courts, which were created to resolve real cases and controversies.”

They added that it is equally plausible that Trump’s ties to the Trump International Hotel has diverted business away from it, and towards other competing properties in the area.

“Word just out that I won a big part of the Deep State and Democrat induced Witch Hunt” Trump tweeted on Wednesday after the ruling.

Many have noted that all three judges on the panel were appointed by Republican presidents, and that other cases alleging that the president’s continued investment in the Trump empire is unconstitutional are still making their way through the courts.

This includes one case that is currently before the United States Court of Appeals for the District of Columbia Circuit and is anticipated to make its way up to the Supreme Court eventually.

“Today's opinion suggests that Trump is above the law,” Maryland’s Attorney General Brian Frosh wrote on Twitter on Wednesday.

In a joint statement, Frosh and D.C. Attorney General Karl A. Racine added that they “have not and will not abandon our efforts to hold President Trump accountable for violating the Nation’s original anti-corruption laws.”