Only 21.6 % of eligible Albanians decided to cast their ballots on Sunday after the main opposition party announced it will boycott the local elections in protest of corruption and organized crime which it blames the ruling Socialist Party, SP, and Prime Minister Edi Rama for. 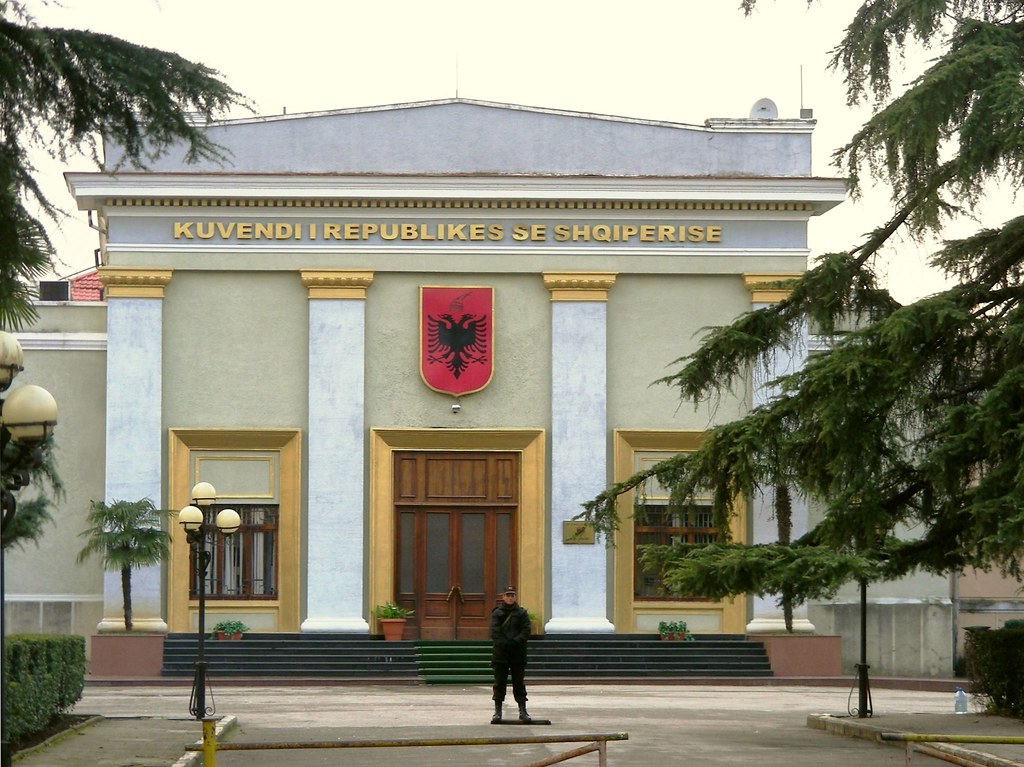 Albania's Parliament (cameron lucida: CC BY-SA 2.0)In half of the 61 municipalities, mayoral candidates ran unopposed as the Democratic Party, DP, boycotted the election, according to a preliminary report from the OSCE Office for Democratic Institutions and Human Rights (ODIHR).

When President Illir Meta attempted to cancel the vote in early June, the SP called for his resignation. Parliament voted to keep elections on schedule despite Meta issuing a notice that local elections would be held in October.

The OSCE said that the political turmoil shows the low regard the government holds for its citizens’ interests because of limited candidate choices and pressure to show a preference in either the Democratic Party or Socialist Party.

With the major opposition party refusing to offer candidates in the election, Ambassador Audrey Glover, head of ODIHR, said that citizens’ choice was severely limited and reduced trust in the electoral system.

Citizens working for public administration told ODIHR they were pressured by the parties to pick a side during the run-up to the elections.

“We saw evidence that voters were pressured by all political sides,” said Glover. “This, along with polarized media focusing on the political crisis rather than providing impartial information about candidates, kept some voters from making free and informed choices.”

Facebook broadcast channel ERTV focused on Prime Minister Edi Rama’s events which were pre-recorded or livestreamed, the report said. Outside media had no choice but to rebroadcast the original stream because they were barred from attending the events.

Additionally, news and talk shows decided to focus their coverage on the ongoing political battle between the DP and SP, leaving voters without critical information on the candidates running in their municipalities, according to the report.