A Bosnian businessman who revealed an ongoing corruption scandal shaking the country’s judiciary was questioned on Friday at the state Prosecutor’s Office as a suspect, local media reported. 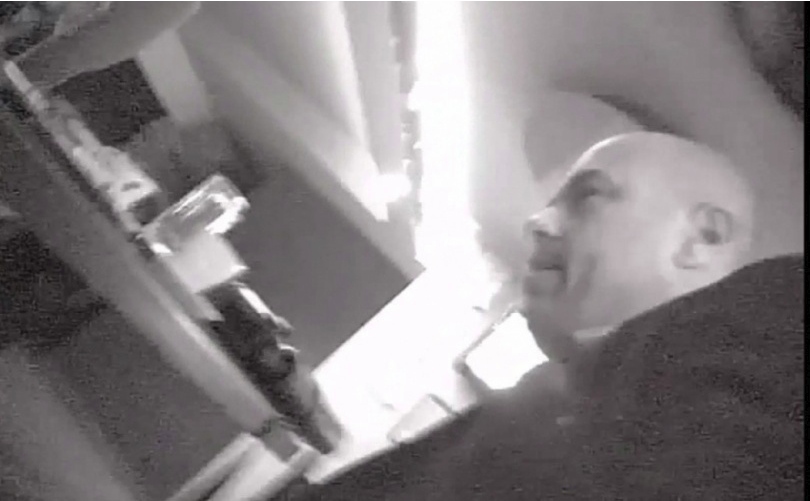 Screenshot From Zurnal Video Filmed by AlesevicNermin Alesevic secretly filmed and released a video that alleged that the president of Bosnia’s High Judicial and Prosecutorial Council (HJPC) - which is in charge of appointing and disciplining judges and prosecutors - had taken bribes through a middleman.

Alesevic is now suspected of bribery and unauthorized recording. He had previously asked to be granted immunity but his request was denied.

HJPC President Milan Tegeltija has denied any wrongdoing and has threatened to take legal action against journalists and public officials who implied he had committed illegal acts.

The judicial scandal has stirred up civic frustration with the state of the judiciary. On Thursday the Anti-Corruption Network of Civil Society Organizations in Bosnia and Herzegovina (ACCOUNT) held a petition signing in Sarajevo and Banja Luka asking for legal proceedings to begin against Tegeltija.

“We expect the Prosecutor's Office of BiH to finally begin to do its job, to start working in the public interest,” said Eldin Karić, head of ACCOUNT.

The eight-minute video at the center of the scandal was filmed in November 2018, and shows an officer named Marko Pandza from the State Investigation and Protection Agency (SIPA) meeting in a cafe with Tegeltija and Alesevic.

Pandza appears to act as an intermediary while the two are discussing Alesevic’s case, which has been slowly handled by the Canton Sarajevo’s Prosecutor's Office.

However, after the meeting, the video then shows an exchange between only Pandza and Alesevic, in which Alesevic counts out the equivalent of US $1,143.6 in Bosnian money and hands it to Pandza, who assures him he will give the money to Tegeltija.

An investigation is ongoing against Pandza.