Spanish authorities confiscated nearly 39 kilograms of cocaine from a member of the Brazilian military who was traveling on Tuesday with President Jair Bolsonaro to the G20 summit in Japan, according to the Spanish newspaper El País. 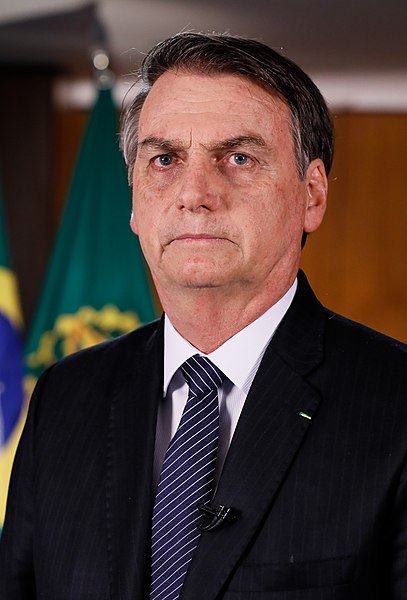 President Jair Bolsonaro (Isac Nóbrega: CC BY 2.0)The Brazilian President was en route to the G20 summit held in Osaka when the plane made a scheduled stop in Seville, Spain. During the customs check of Sergent Manoel Silva Rodrigues’s garment bag, officers found the 37 rolls of cocaine, which weighed roughly one kilogram.

Rodrigues, 38, has been arrested and is being held without bail in a Spanish prison. He’s charged with crimes against public health. It’s unknown if Rodrigues will be extradited to Brazil.

Bolsonaro wrote in a tweet on Tuesday that the arrest was unrelated to his team and demanded, “severe punishment for the person responsible for the narcotic material found on the FAB plane.”

The Brazilian Ministry of Defense said in a statement that they’re disappointed in the conduct of a member of their military and announced a military police inquiry.

Bolsonaro has been heavily critical of drug trafficking and crime in Brazil. He’s expressed support in the fact that the police have the right to kill those suspected of using drugs, much like Phillpino President Rodigero Duterte, Filter Magazine, a publication focusing on drug policy, reported in October.