The Mexican Government auctioned on Sunday luxurious properties seized from criminal cartels, raising only one third of the expected US$8.8 million as buyers showed limited appetite for gang safe houses and mansions with swimming pools and escape tunnels that belonged to drug traffickers. 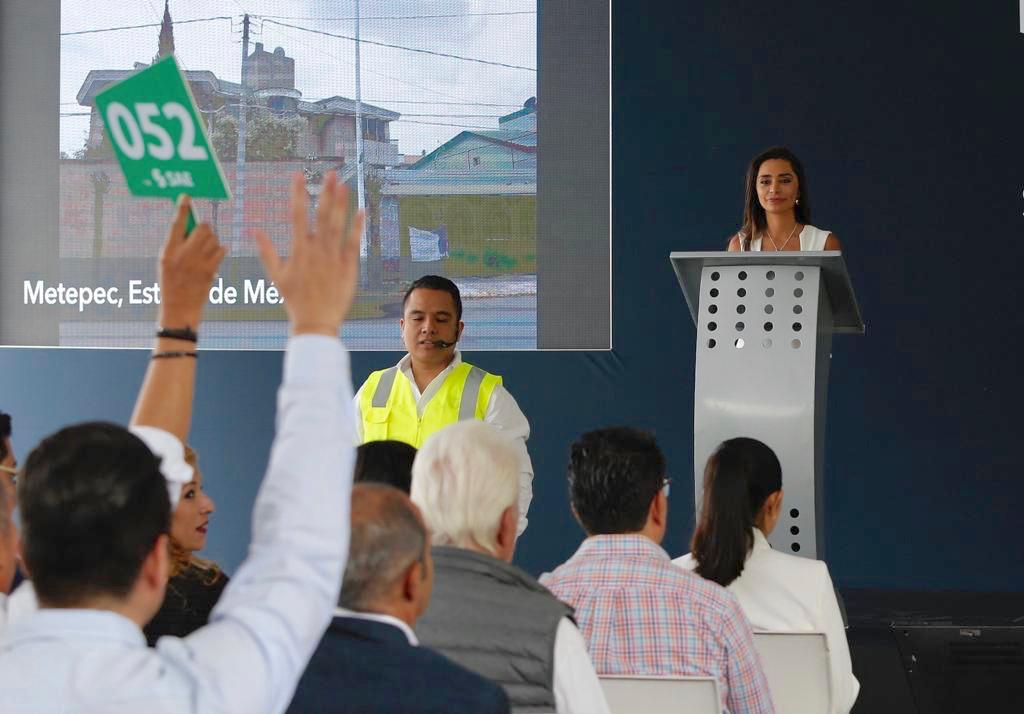 Auction of criminals' seized property in Mexico City (Photo: Mexican Government)The less than $3 million that were made from the sale of nine out of the 27 sites on offer will be distributed to those affected by drug gang violence, mostly the marginalized communities in the poor and violent state Guerrero, Reuters reported.

A house allegedly belonging to the Beltran Layva drug cartel in Mexico City was sold for US$753,315, while the luxury apartment in which the gang’s boss Arturo “El Barbas” Beltran was killed by his brothers in 2009, remained unsold, according to reports.

According to local media, the most expensive item up for auction was US$1.6 million valued “Los Tres Garcia” ranch in the State of Mexico, which belonged to a relative of Edgar Valdez Villareal, known as “La Barbie,” a drug lord and hitman, who is currently serving his prison time in the US.

Besides promising to auction the property seized from the narco-mafia and help fund the marginalized local communities, Mexican President Andres Manuel López, elected last year, has also promised he will sell his presidential plane and use the money for better control of illegal migration.

Some US$1.5 was raised a month ago also by auctioning the homes and cars, such as a Lamborghini, of criminals, including, as the BBC reported, at least one former politician.

More auctions, as media quoted Mexican authorities, could be expected in the coming months.