Four United States senators have introduced a bipartisan bill intended to put an end to the country’s status as a premiere destination for financial crime. 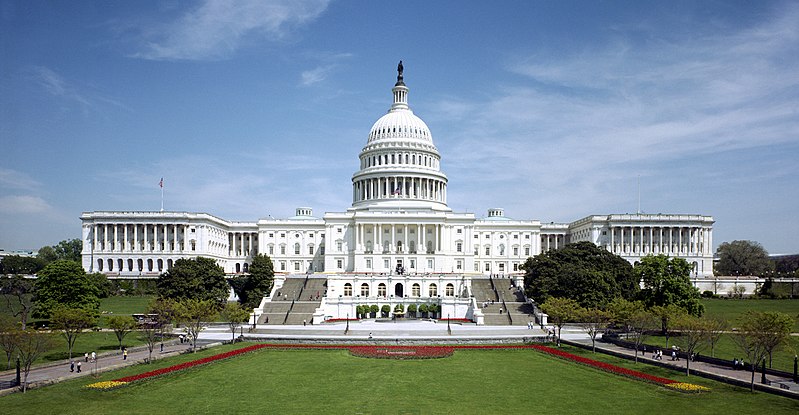 United States Senate (Architect of the Capitol)In an op-ed published on Tuesday, the senators, who collectively represent both Republican and Democratic parties, made note of the fact that in 2018 the Tax Justice Network ranked the U.S. as the second most attractive jurisdiction in the world for “illicit financial flows and (...) tax evasion.” It is sandwiched between Switzerland (#1) and the Cayman Islands (#3).

TJN’s 10-page report on the United States, which describes it as a “secrecy jurisdiction,” notes that while the country has taken active efforts to prevent its own citizens from evading taxes in foreign tax havens--through the Foreign Account Tax Compliance Act of 2010, for example--it has remained “mostly content” in continuing to allow foreigners to evade taxes on its own shores.

Those interested in hiding assets in the country are able to do so easily in many U.S. jurisdictions through the creation of a “shell company”-- an entity that allows people to anonymously set up holding firms for their money.

In fact, one only needs US$250 and a credit card to establish such a company, as a Fusion contributor demonstrated in 2016 when setting one up for her cat. A Global Financial Integrity project in March 2019 showed that obtaining a library card requires more personal information than setting up a company.

These anonymous entities can easily be used by money launderers, traffickers, terrorists, and other criminals to obscure their assets.

In 2009 the G20 committed to working together to crack down on international tax havens, and since then over 100 international jurisdictions, including the EU, Canada, Japan, and Saudi Arabia, have signed onto the Common Reporting Standard (CRS), in which nations mutually share financial information on an annual basis in order to prevent individuals from secretly hiding their assets in another country.

The U.S. has not signed onto the CRS, nor has it changed its tax code to compel U.S. financial institutions to share this information, despite the Obama administration’s repeated attempts to pass such amendments through Congress.

In their op-ed on Tuesday, the four senators criticized the way that the U.S. allows “human traffickers, terrorists, money launderers, sanctions evaders, kleptocrats, and other criminals to promote criminal activities here in the United States undetected” and stated that American “regulators and law enforcement personnel are stuck fighting 21st century threats with 20th century tools.”

Their bill, “The Illicit Cash Act”, which was introduced to the senate on June 10, targets shell companies specifically and aims to “update” the country’s anti-money laundering laws, requiring, among other things, beneficial ownership information to be maintained in a comprehensive federal database.

It comes off the heels of congresswoman Carolyn Maloney’s “Corporate Transparency Act of 2019” proposal, which was introduced to the house on May 3 and also calls for U.S.-based corporations to fully and continuously disclose all beneficial owners.

The senators are seeking public feedback by Wednesday.