In recent weeks, Slovenia has introduced strict controls on movement and gatherings, while approving tens of millions of euros worth of bids under emergency measures that bypass open tender measures. In just the last week of March, the government signed deals worth around 80 million euros (US$87 million) in opaque one-day bids. Little information has been made publicly available on these agreements.

Reporters from OCCRP member center Oštro, however, found that the largest of these deals benefits a powerful businessman with investments in gambling, electronics, and real estate, but no known experience in healthcare.

Among Pečečnik’s other businesses is Interblock d.d., which produces and sells gaming devices in the U.S. state of Nevada, where he also owns a home. The company obtained a gaming license in Nevada in 2008, but Pečečnik established a business presence there in the early 2000s.

For decades, Pečečnik has been a mainstay of the gambling industry in Slovenia. Public records, however, show no previous involvement in healthcare.

The government’s disclosure of the spending does not provide any details about what protective equipment Public Digital Infrastructure has been contracted to provide. Pečečnik did not respond to calls or a text message seeking comment.

The emergency contract — the largest awarded in Slovenia for coronavirus equipment — represents a significant boon to Pečečnik. Dutch records for 2017, the last year available, show the coronavirus contractor’s parent company earned 87.7 million euros. The new deal, for 25.4 million euros, would represent 29 percent of that figure. 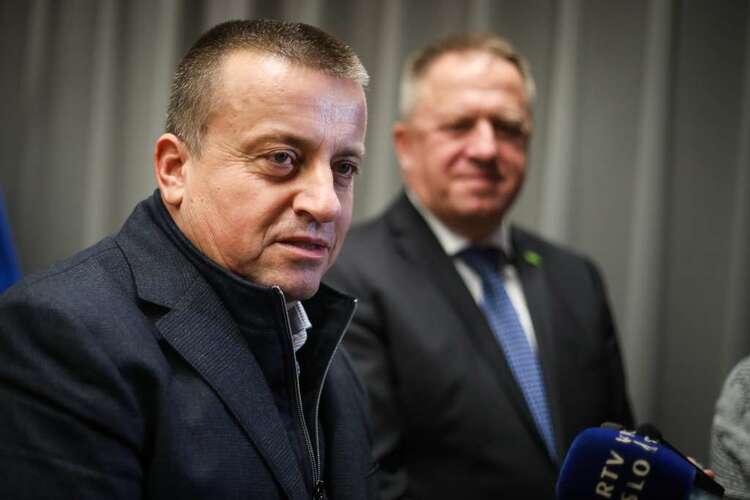 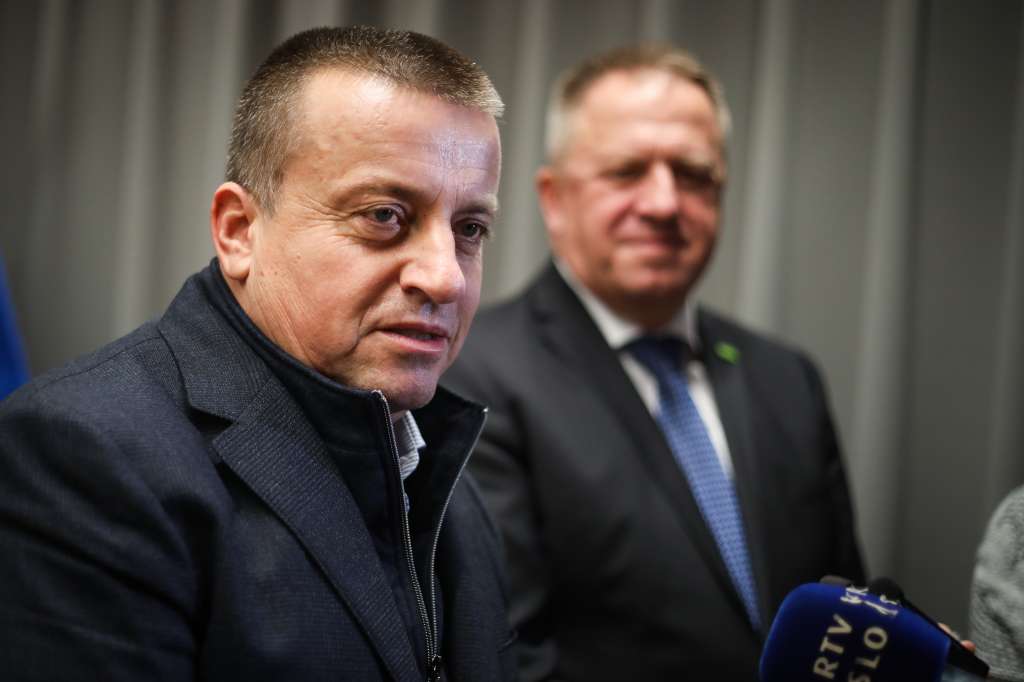 Credit: Anze Malovrh/STA Joc Pečečnik in a meeting with the Ministry of Economic Development and Technology in January 2019.

But these rules have now been suspended amid an outbreak that has seen more than 900 coronavirus cases, and 20 deaths. Most COVID-19 related procurement is being conducted by the Agency for Commodity Reserves, which is normally tasked with maintaining Slovenia’s reserves of oil and strategic commodities. 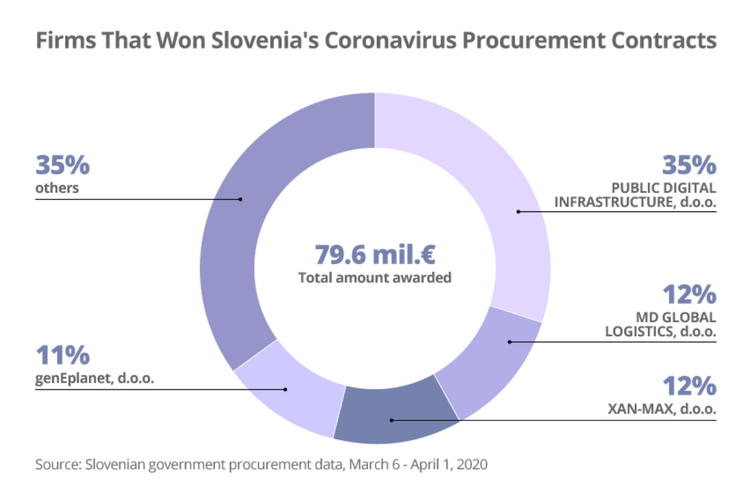 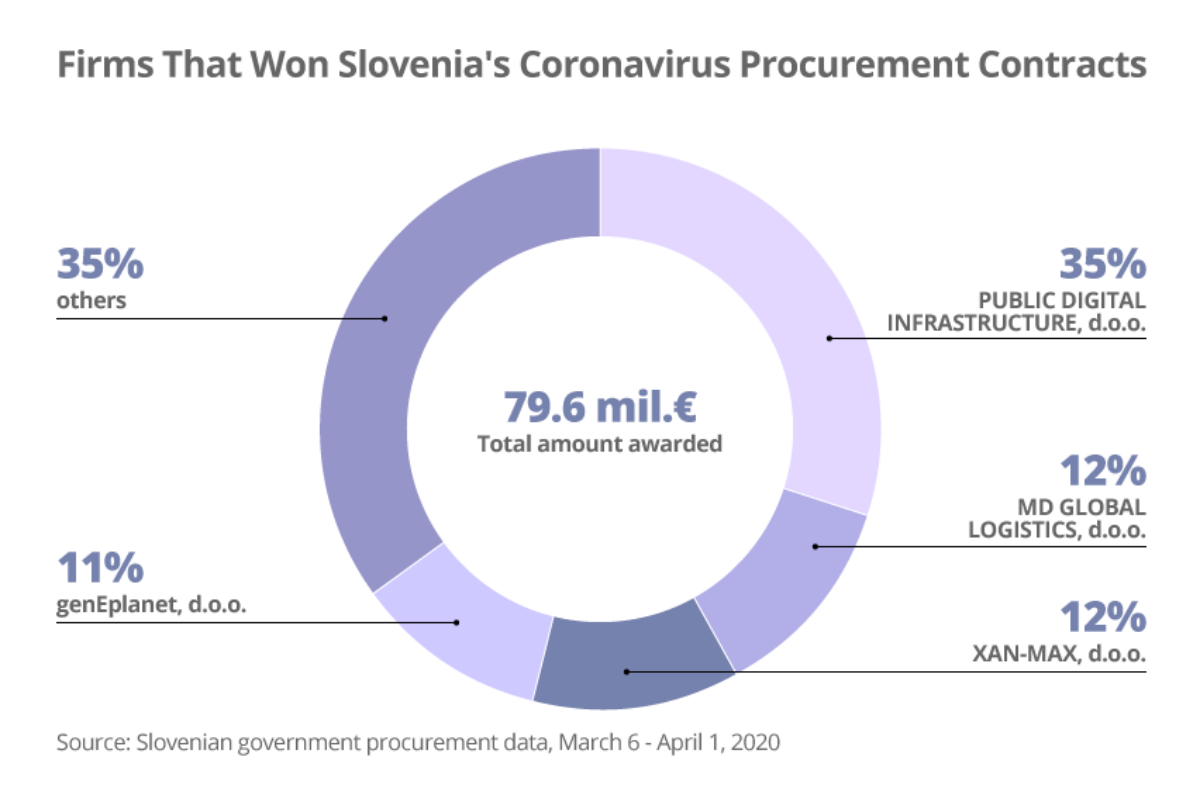 Of the approximately 80 million euros in contracts awarded by the agency in the last week of March, nearly two-thirds went to just four contractors, including Public Digital Infrastructure. The remaining 32 percent was split among another 20 companies.

Of the big winners, few appear to have the kind of track record that would pass muster in the usual tender process. 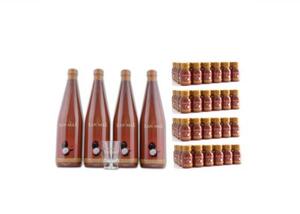 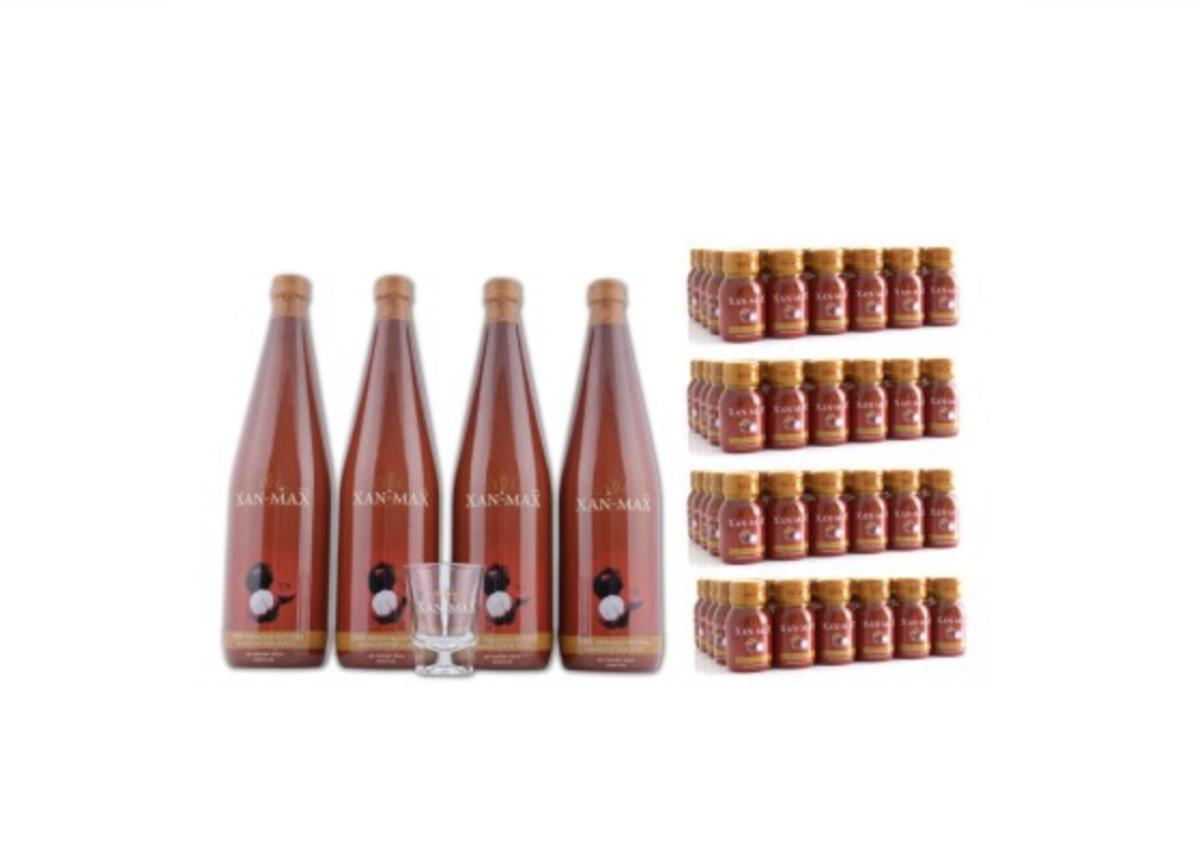 Credit: XAN-MAX A multi-million-euro contract for COVID-19 protective equipment was awarded to a small Slovenian company whose main products are mangosteen juice and CBD oil. Pictured here is one of the firm's offerings, a juice and CBD starter set.

Another contract for protective equipment went to a small company, XAN-MAX, which sells mangosteen juice and cannabidiol oil drops. It earned just 89,000 euros in 2018, so its new government contract, for 9.8 million euros, would represent an almost 11,000 percent jump in income.

Miran Blatnik, the director of XAN-MAX, said the company was qualified to supply the Slovenian government due to its “business partners and friends” in Asian markets, although he did not go into detail on what his firm would supply.

“[W]e only want to do the job transparently and also on our part help Slovenia provide sufficient safeguards,” he wrote in an email. “This was our only guiding principle, and we are really sad when we see how it is being written about, but no one sees how much work, sleepless nights, and, ultimately, high risk go into doing such a job.”

Yet another winner of a major contract, MD Global Logistics, agreed to supply protective equipment for around 10 million euros, despite earning just 931,000 euros in 2018. The only other known business interest of its owner, Matjaž Dolenc, is a road freight transport company now in liquidation that owes the Slovenian government 46,636 euros. MD Global Logistics did not respond to a request for comment.

The fourth big new contractor, GenePlanet, describes itself as “the leading European provider of innovative healthcare and lifestyle solutions based on preventative genetic testing.” It received an 8-million-euro contract to provide protective equipment, equal to 150 percent of the company’s 2018 income in Slovenia. 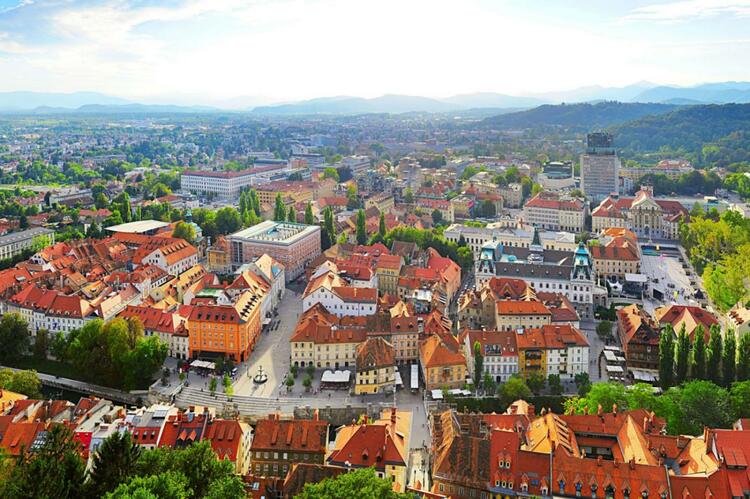 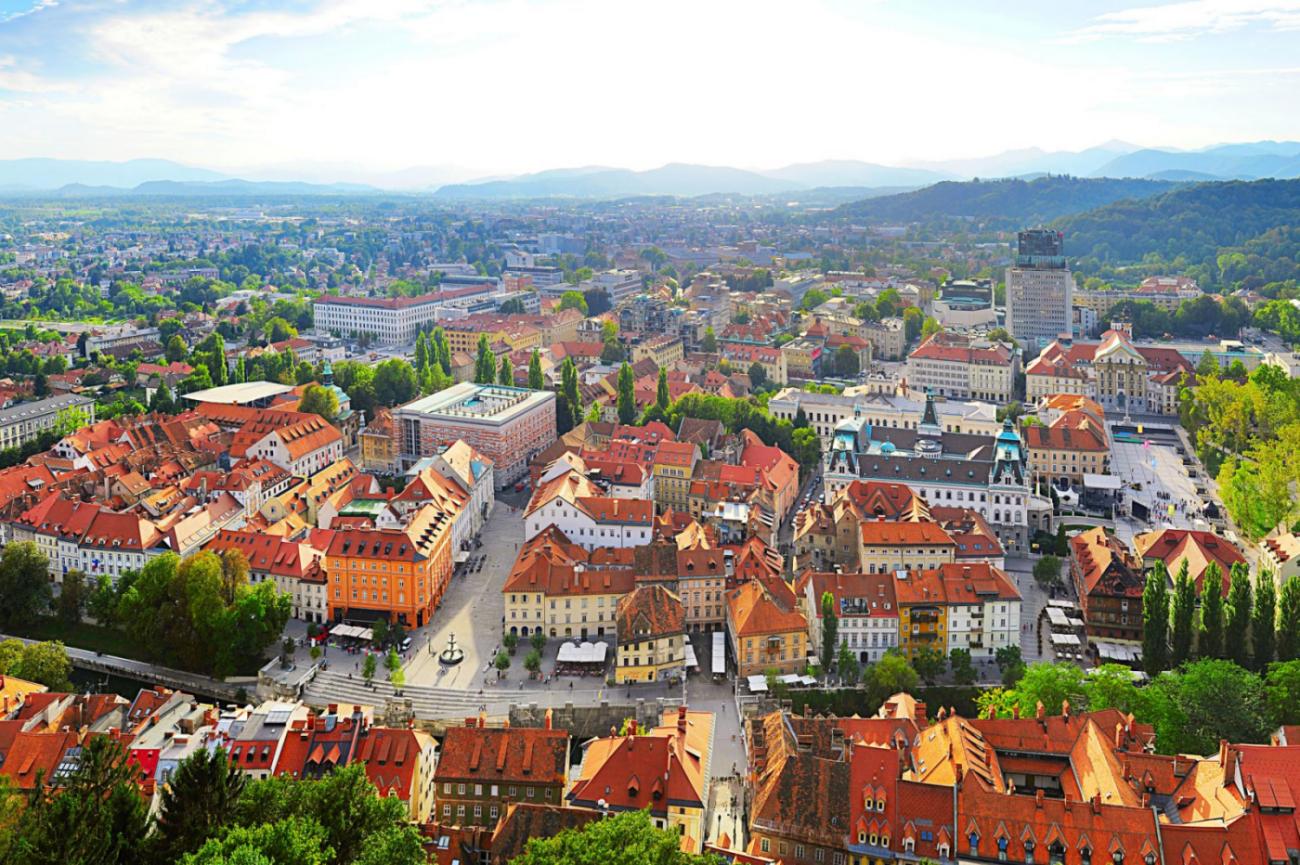 In response to questions from Oštro, Slovenia’s Ministry of Economic Development and Technology said that all purchases of COVID-19 equipment are being treated as part of a single big procurement process, in which “each contract actually represents a sort of separate lot into which a public procurement would be divided, if it was bid under a so-called open procedure.”

The ministry added that such measures are “ongoing and will probably be in place for a while, depending on developments or the duration of emergency.”

Tomaž Vesel, president of the Court of Audit, Slovenia’s highest body for evaluating state spending and procurement, said in an email to Oštro that the current crisis required “swift and effective action.”

“However, it should be emphasized at the same time that, even in such circumstances, it is imperative to ensure the economy of the use of public funds,” he wrote. “We cannot comment on the specific cases you cite in your message, as they may still be subject to legal proceedings and other proceedings before the competent authorities.”